Studies on the role of traditional leaders in post-independence African societies show that they have remained relevant in most countries across the continent. Rather than wither in the face of Africa’s progression toward democracy, traditional leadership has continued to evolve and co-exist alongside modern institutions of governance that are associated with democracy (Logan, 2008).

The fortunes of Lesotho’s elected leadership have slumped and peaked during the country’s half-century of independence (Ngwawi, 2014). Recent years have been marked by political instability, inadequate service delivery, and widespread public perceptions of a democracy with major problems and a country going in the wrong direction (World Bank, 2016; Afrobarometer, 2020).

It is possible that the current Government of Lesotho reforms program known as the Lesotho National Dialogue and Stabilization Project (Nkoe, 2018), undertaken in 2017, will harness the strengths of traditional leadership in building sustainable peace and stability in the country, as the issue is addressed in an expert report on the reforms process (‘Nyane & Makhobela, 2019).

Afrobarometer survey findings show that traditional leaders continue to enjoy popular support in Lesotho. They are more widely trusted than elected officials, and seen as less prone to corruption. Indeed, a majority of Basotho would favour an even stronger role for traditional leaders, who they say look out for the interests of their communities and work in cooperation, rather than in competition, with elected leaders. These findings suggest that in Lesotho, traditional and modern systems can work in concert for the benefit of ordinary citizens. 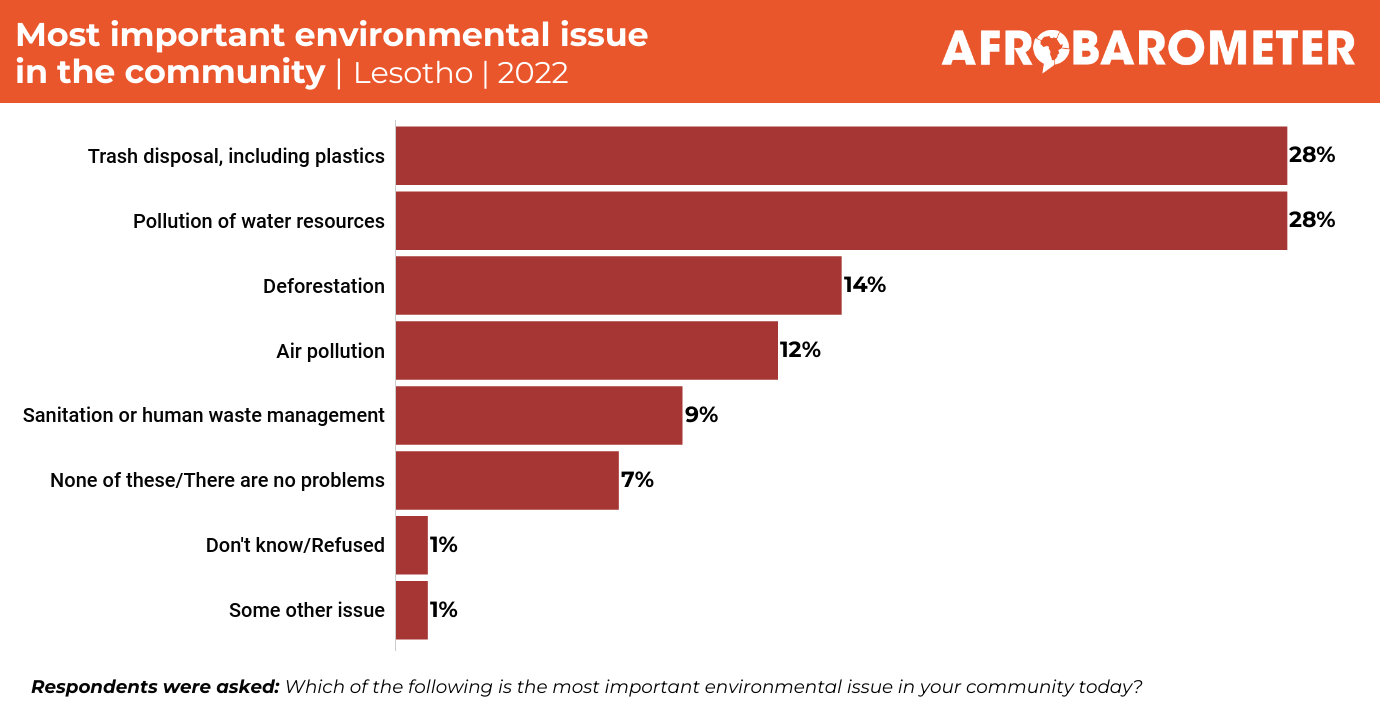