Basotho perceive an increased level of corruption in the past year, with the highest levels of perceived corruption among the police and business executives, according to Afrobarometer’s most recent survey. Survey results show that citizens are divided in their assessment of the government’s handling of the fight against corruption.

Most Basotho say ordinary people can make a difference in the fight against corruption. The most frequently cited way for citizens to help fight corruption is by reporting corruption when it occurs. However, fewer than half of the population say they trust the Directorate for Corruption and Economic Offences (DCEO), the institution to which these reports should be made, and a significant proportion (30%) haven’t heard enough about the DCEO to comment on it.

These findings highlight the need for the DCEO to become more visible in order to build the public confidence and cooperation it needs to play its role effectively. 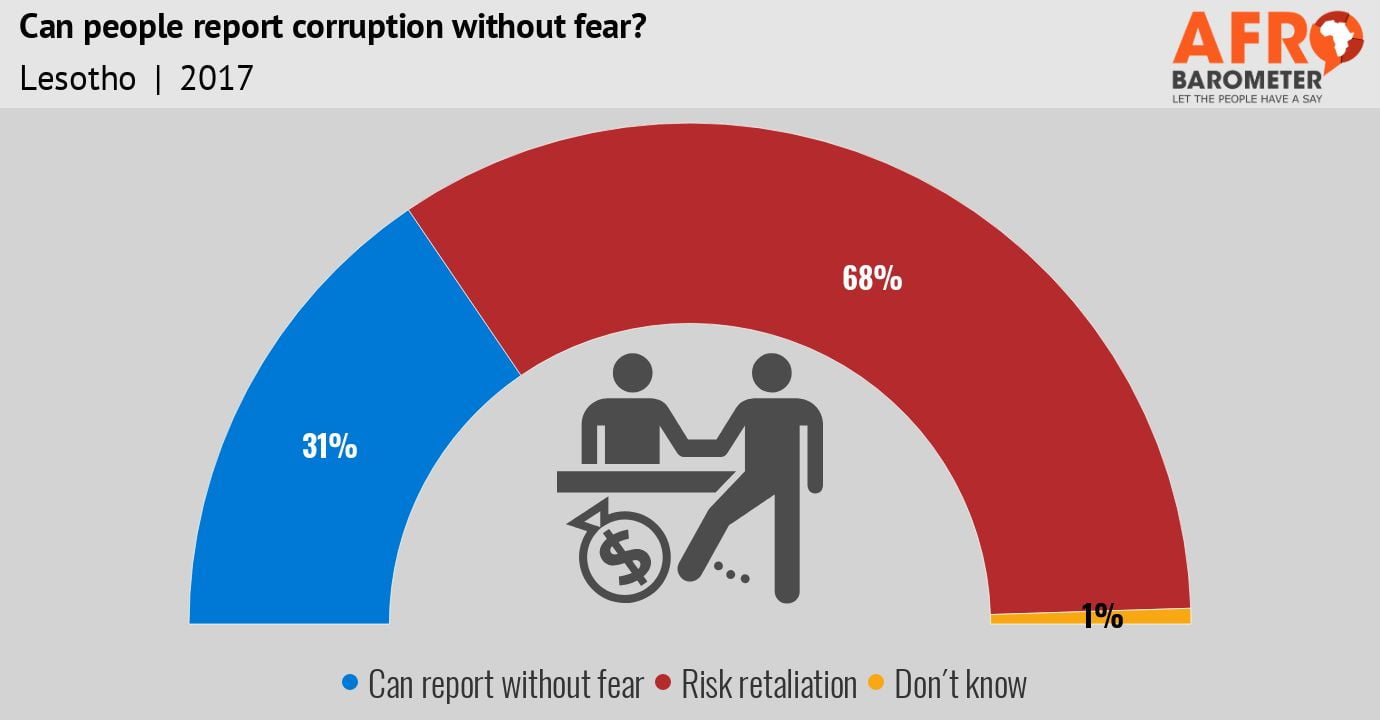 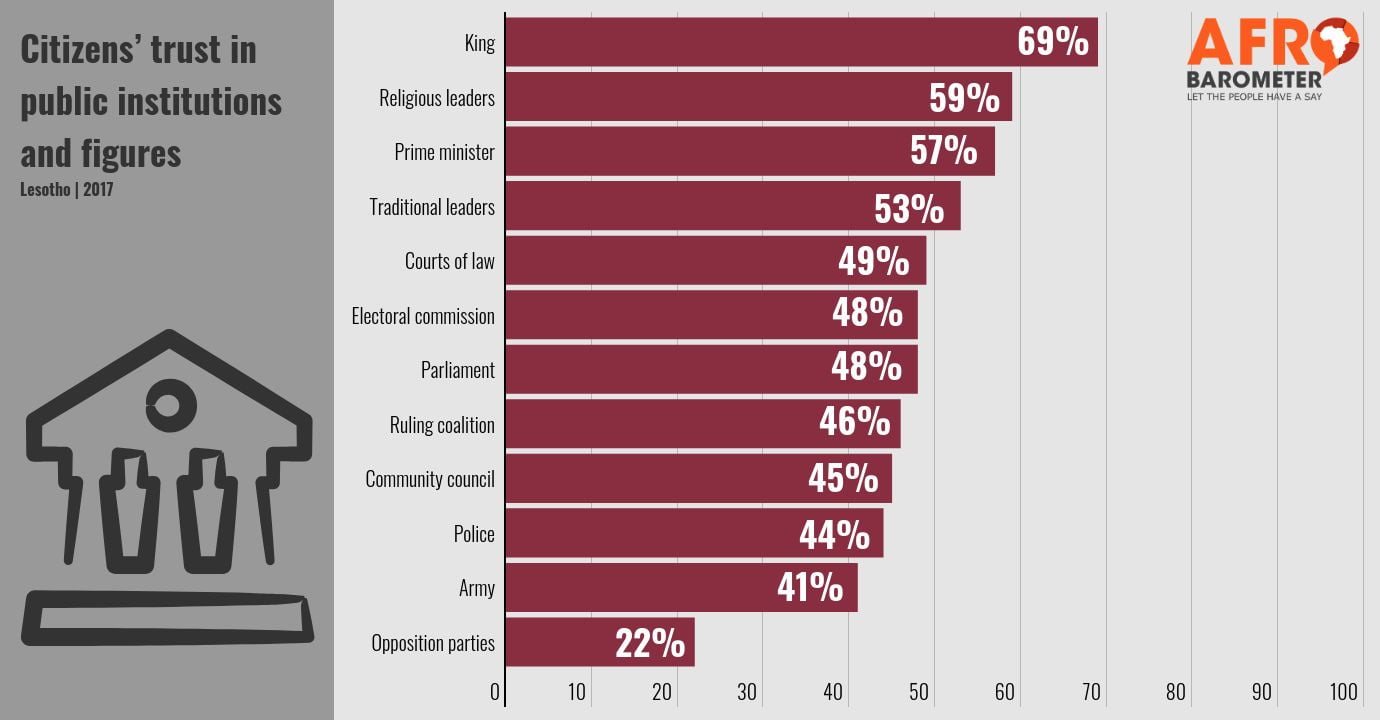