Most Basotho, protective of their independence, are against intervention or assistance from neighbouring southern African countries to guarantee free elections and prevent human rights abuses in their country, according to the latest Afrobarometer survey.

Basotho are almost equally divided on whether the Southern African Development Community (SADC) and the African Union (AU) are helpful to Lesotho or not, survey results show.

In addition, a majority of Basotho say their country should continue to be independent of South Africa, despite the two countries’ close ties.

The survey was conducted in May 2014, before the SADC’s intervention following an attempted coup by the army in August. It was the SADC’s third intervention in Lesotho, after a 1998 post-election deployment of South African soldiers to maintain order and mediation efforts after the dispute over the allocation of proportional seats post 2007 general election. 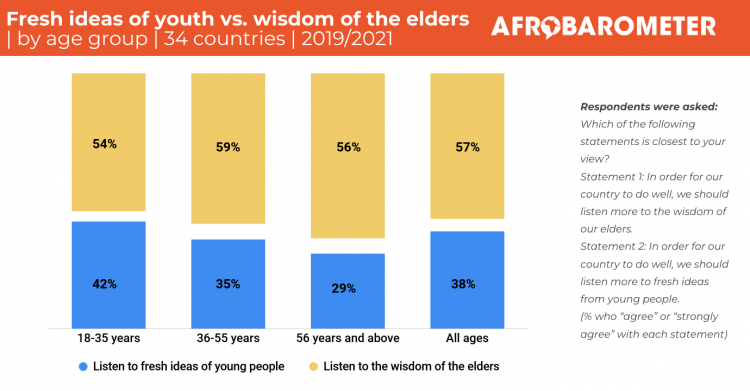 News release
International Youth Day: Majority of Africans – even of youth – consider the ideas of young people secondary to the wisdom of the elders
12 Aug 2022
Working paper
WP38: Understanding identity in Africa: A first cut
1 Jun 2004
Working paper
WP116: Do voters have different attitudes toward corruption? The sources and implications of popular perceptions and tolerance of political corruption
1 Dec 2009