2016 is a landmark year in South Africa’s nation-building process. April 15 marked the 20th anniversary of the first hearings of the Truth and Reconciliation Commission (TRC), which sought “to provide for the investigation and the establishment of as complete a picture as possible of the nature, causes and extent of gross violations of human rights” committed during apartheid (Department of Justice and Constitutional Development, 2009). The TRC has served as a model for transitional justice in Africa and globally, though it has faced criticism for failing to address structural injustices.

Over the past few months, racist rhetoric on social and traditional media has renewed the national debate on discrimination and the lack of socioeconomic transformation since the transition from apartheid. A number of prominent digital media companies, including the Daily Maverick and Independent Newspapers Online, have suspended the comments function on their websites due to the large number of offensive posts.

During the most recent State of the Nation Address, President Jacob Zuma announced that Human Rights Day 2016 (March 21, the date the United Nations has designated as International Day for the Elimination of Racial Discrimination) would be observed as a “national day against racism … as a foundation to lay a long-term programme on building a non-racial society” (Presidency, 2016). On March 17, the Department of Justice launched the Anti-Racism Network of South Africa (Isaacs, 2016), which forms part of the #TakeonRacism campaign and the department’s draft national action plan to combat racism, racial discrimination, xenophobia, and related intolerance (Department of Justice and Constitutional Development, 2015).

Findings from Afrobarometer’s 2015 survey in South Africa provide some evidence that these initiatives are indeed needed. While a majority of South Africans have consistently expressed tolerant attitudes and said they do not believe that the government discriminates against their ethnic group, perceptions of government discrimination have increased significantly since 2011 amongst citizens from minority race groups. Furthermore, majorities of South Africans say that the courts and employers regularly discriminate against people based on their race, while more than one-third say the same about landlords. These perceptions are particularly common among Indian citizens. 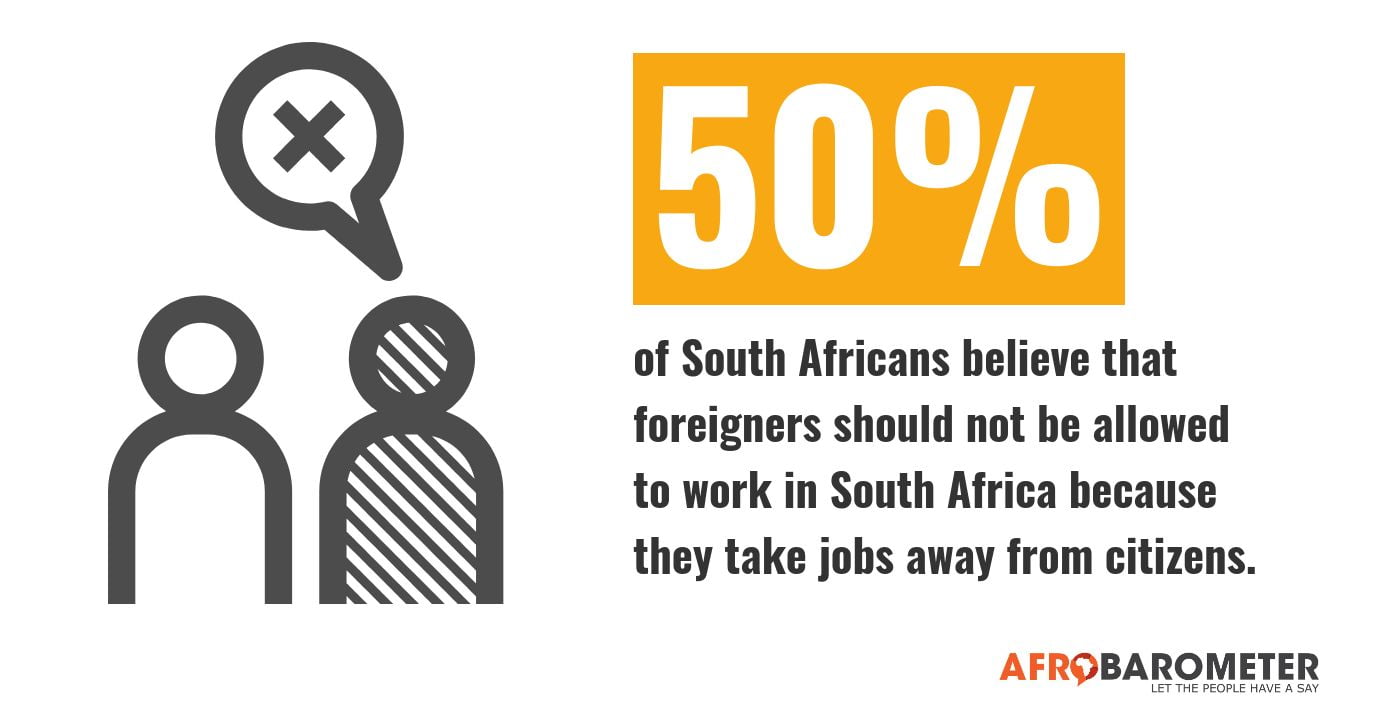 Dispatch
AD360: Half of South Africans would refuse asylum, bar foreign workers, place refugees in camps
14 May 2020
Working paper
WP50: The democratic impact of cultural values in Africa and Asia: The cases of South Korea and South Africa
1 Jul 2005
Working paper
WP37: Marginalisation in Southern Africa: Transformation from below?
3 Apr 2004