Taxation is an essential tool for domestic resource mobilization as well as policy making, shaping the distribution of resources among wealthy and less-wealthy citizens and enabling the government to address national development objectives (AFRODAD, 2011).

The government of Zimbabwe relies to a substantial extent on tax revenues (12.62% of gross domestic product in 2018), especially in light of heavy external and domestic debt (TradinG Economics, 2021). Competing socio-economic and infrastructure demands have led the government to introduce additional taxes, including the unpopular intermediated money transfer tax. This 2-cent tax on every dollar transferred using mobile-money platforms (Mapakame, 2020) is widely seen as having a double-taxation effect, especially for those in the formal sector (Sibandq, 2020).

The Zimbabwe Revenue Authority (ZIMRA), which is responsible for tax collection and administration, must contend with substantial leakages through tax evasion, avoidance, and corruption (Transparency International Zimbabwe, 2020).

Findings from a new Afrobarometer survey in Zimbabwe show that citizens generally endorse the right of tax authorities to collect taxes, but they also demand accountability for how taxpayers’ money is spent. Few citizens believe it’s easy to find out how the government uses tax revenues, and many doubt whether they are usually spent to benefit the citizenry.

A majority believe that ordinary people pay too much in taxes, and would prefer paying lower taxes even if it means receiving fewer government services. 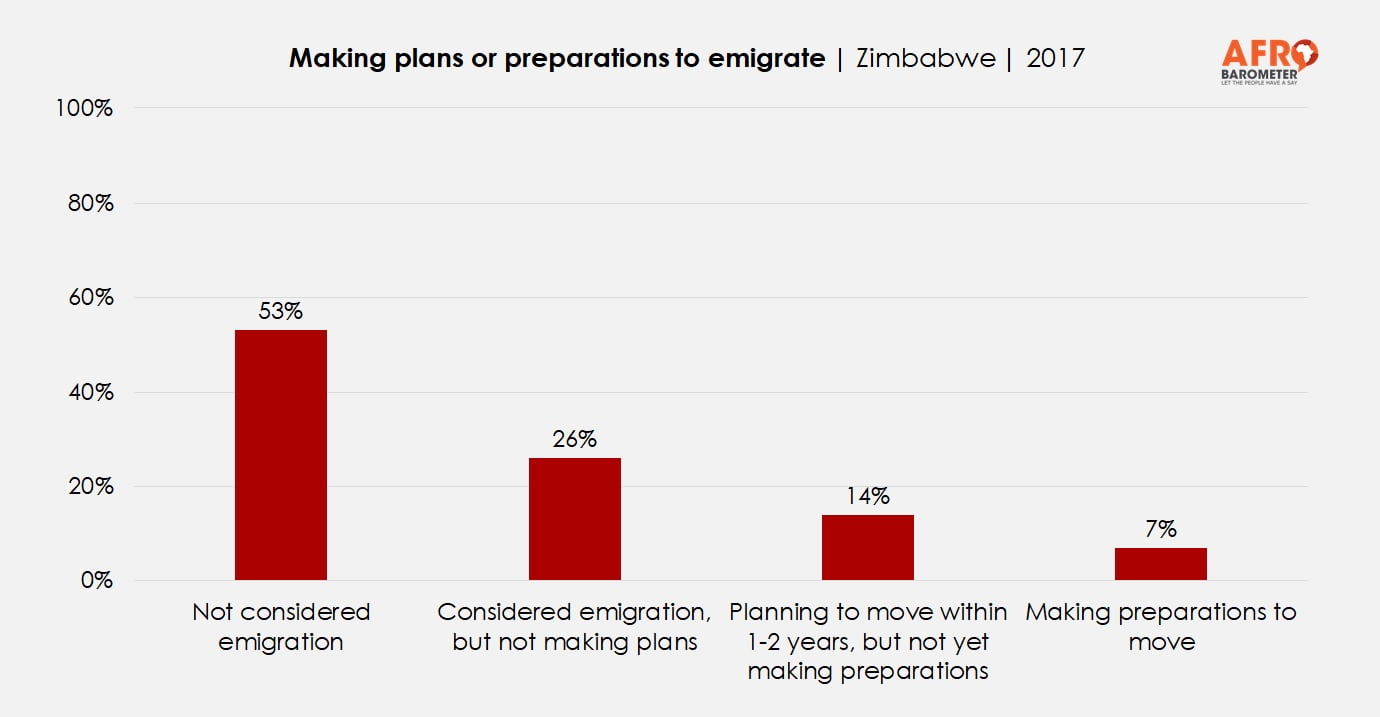 Dispatch
AD160: Almost half of Zimbabweans have considered emigrating; job search is main pull factor
15 Aug 2017
Media resource
Zimbabwe: Perceptions of the economy and overall direction of the country
18 Mar 2015