Home to about 115 million people, Ethiopia is the second-most-populous nation in Africa and has one of the fastest-growing economies in the region. According to the World Bank (2020), Ethiopia’s economy experienced strong, broad-based growth averaging 9.8% a year from 2008/2009 to 2018/2019, with the share of the population living below the national poverty line declining from 38% to 24% over the same period.

The International Monetary Fund (2020) notes that Ethiopia’s per capita income has risen by about 200% since 1990 while life expectancy increased by about 10 years in a decade and infant mortality was reduced by half.

Despite this impressive economic growth, Ethiopia remains one of the poorest countries in the world with a per capita annual income that the government estimates at $883 (MoFEC, 2019).

Findings from the most recent Afrobarometer survey show that macroeconomic gains do not tell the whole story. With a high prevalence of lived poverty, many Ethiopians continue to experience frequent shortages of basic necessities in their daily lives. More than half report moderate or high levels of lived poverty, and most rate the government’s performance on economic issues as poor.

Mulu Teka is the national investigator for Ethiopia. 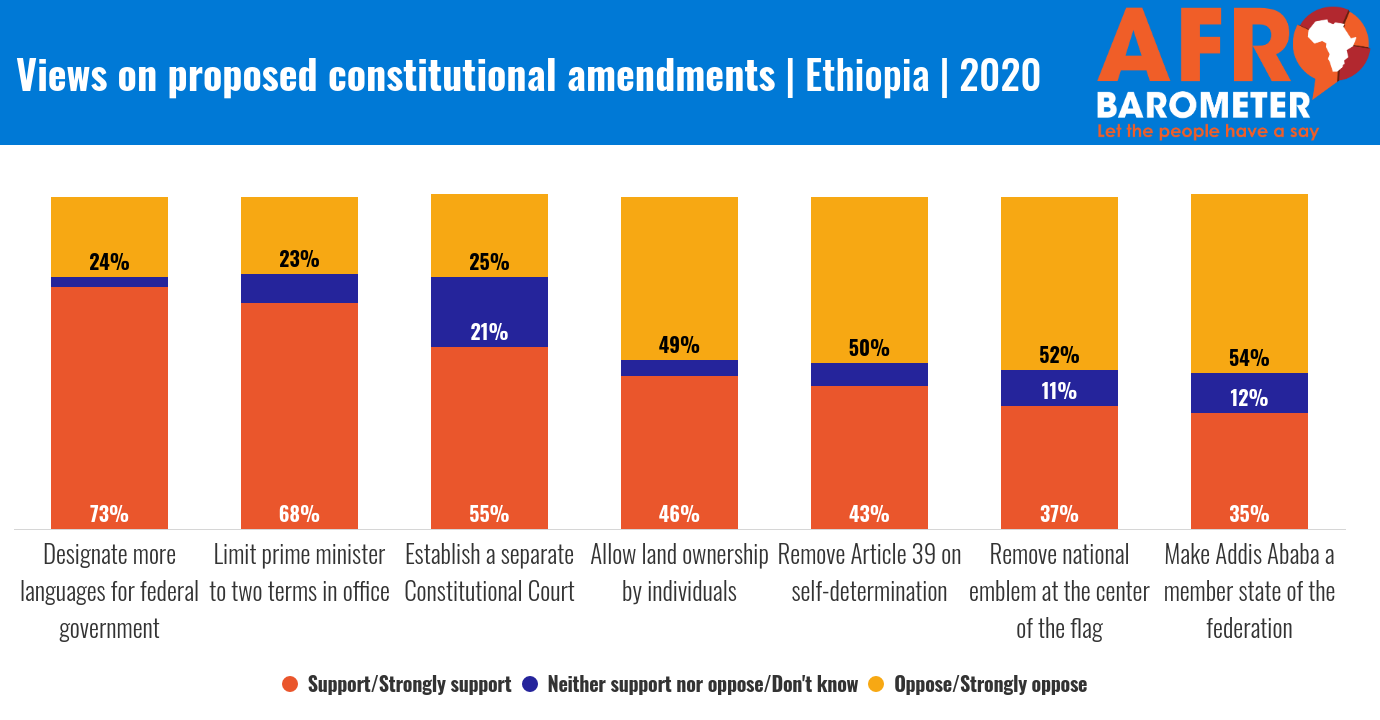