Popular trust in public institutions and officials is an important indicator of political legitimacy, a key resource for the development and functioning of modern democracies (Freitag & Bühlmann, 2009; Chingwete, 2016; Mishler & Rose, 2001; Newton, 2001). However, some analysts argue that while trust is important in a democracy, citizens would be naïve if they didn’t have a certain level of distrust as well (van de Walle & Six, 2004).

In Zimbabwe, almost two-thirds of Afrobarometer survey respondents in 2017 said they trusted then-President Robert Mugabe “somewhat” or “a lot.” The following year, after Mugabe ended his 37-year rule under pressure from the military, more than half of respondents expressed trust in his successor, President Emmerson Mnangagwa.

At the same time, clear majorities said their country was “going in the wrong direction,” assessed the national economic situation as bad, rated the government’s performance on the economy as poor, and said they did not feel free to criticize the president. As they had for years, headlines portrayed a country contending with a ruined economy, a collapsing health care system, high unemployment and corruption, and poor public services (Pindula News, 2018; Muronzi, 2020).

This raises the question: How can citizens who see their country as “going in the wrong direction” express trust in the person leading it there? Do substantial numbers of Zimbabweans really trust their president? If so, what drives this trust?

An analysis of Afrobarometer survey data from 2017 and 2018 – during Mugabe’s last year in office and Mnangagwa’s first – suggests that in addition to any number of possible reasons that Zimbabweans may have had for trusting their president, fear of appearing anti- government was one factor contributing to high levels of professed trust.

As indicated to survey enumerators, trust in Mugabe was higher among respondents who also said they felt unfree to criticize the president and feared being victimized by political intimidation or violence. Moreover, respondents were significantly more likely to say they trusted Mugabe and Mnangagwa if they thought that Afrobarometer fieldworkers were in fact agents sent by the government. In other words, it appears that survey respondents who might fear expressing their true views in the public square would tell a pollster in an anonymous interview that they distrusted the president – but only if they believed that the pollster wasn’t working for the government. 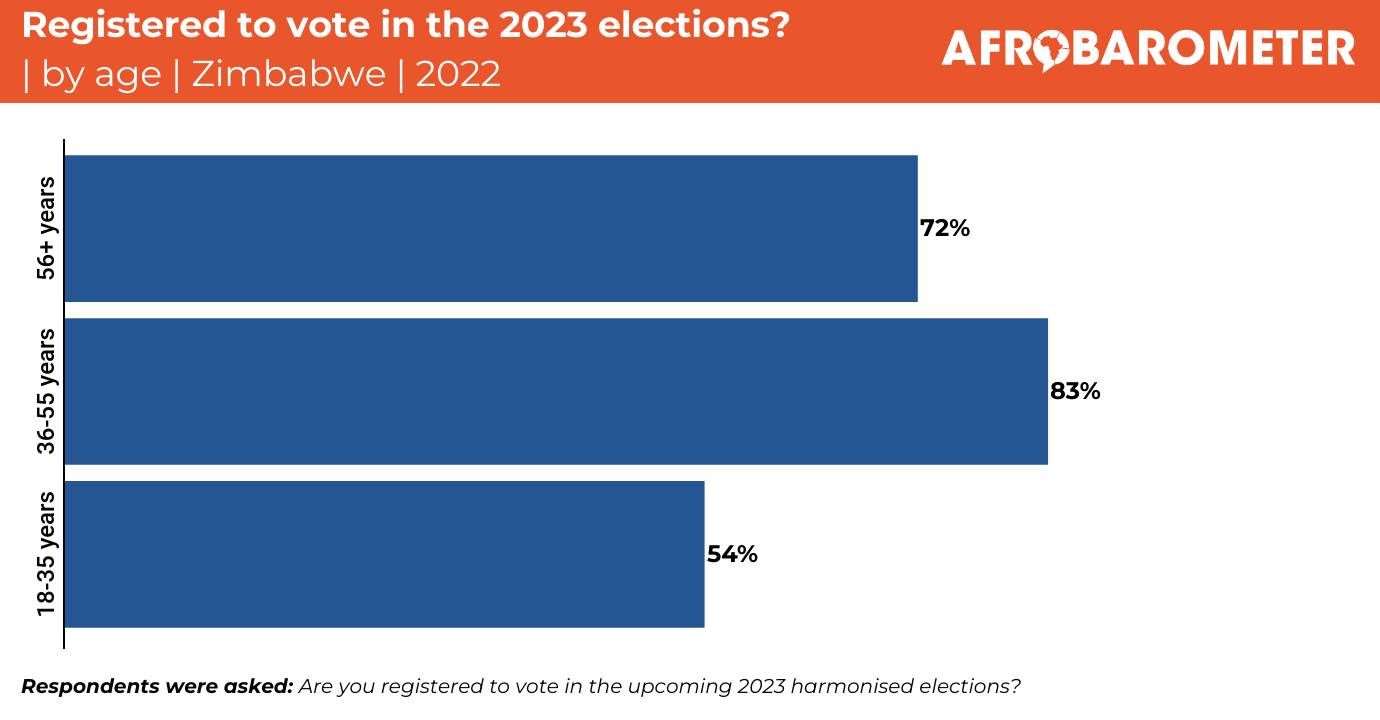 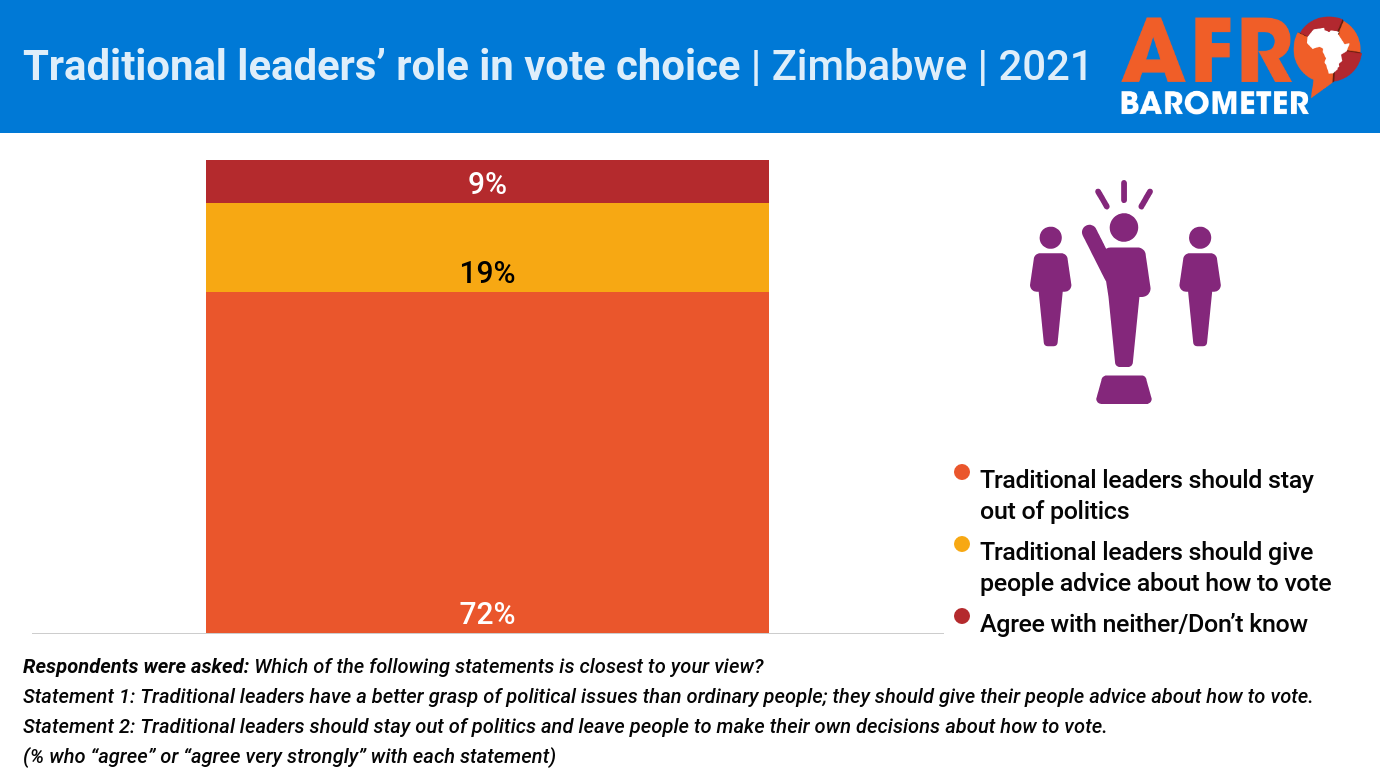 Dispatch
AD469: Zimbabweans see traditional leaders as influential but want them to stay out of politics
4 Aug 2021