In the relatively peaceful harmonized elections of July 2013, Zimbabwe’s President Robert Mugabe overwhelmingly defeated challenger Morgan Tsvangirai, 61% to 34%. Mugabe’s party, the Zimbabwe African National Union–Patriotic Front (ZANU-PF), also won 158 of the country’s 210 parliamentary seats, giving it more than a two-thirds majority in the lower House of Assembly, as well as a large majority of local council seats. Some parts of Zimbabwean society and the international community were shocked by the outcome, given the strong performance of Tsvangirai and his Movement for Democratic Change–Tsvangirai (MDC-T) in previous elections. In fact, Tsvangirai had outpolled Mugabe in the first round of the March 2008 presidential elections before withdrawing from a runoff that he described as a “violent sham” that endangered his supporters.

The inconclusive 2008 elections led to the power-sharing Government of National Unity (GNU), established in February 2009, under which Mugabe retained the presidency while Tsvangirai became prime minister. The GNU was expected to steer Zimbabwe through its transition and eventually be terminated after the holding of free, fair, and credible elections. Following voters’ overwhelming endorsement of a new Constitution in March 2013, the results of the July 2013 elections left many observers shaking their heads in disbelief.

The MDC-T charged electoral chicanery and described the outcome as “heavily manipulated” and “illegitimate.” One of the reasons for the ZANU-PF victory most frequently cited by the MDC-T and some civil society organisations is that the use of political intimidation and violence in election campaigns has worked against the MDC-T’s march toward State House. What accounts for the resurgence of the ZANU-PF and the dismal performance of the MDC-T? Is fear of political violence the only salient factor in the MDC-T’s loss in the watershed elections?

Using data from Afrobarometer surveys in Zimbabwe, this paper argues that fear of political violence, though real, is not the most important explanatory variable accounting for the opposition’s defeat. Instead, most voters were casting their ballots on the basis of their changing evaluations of the principals, Tsvangirai and Mugabe. 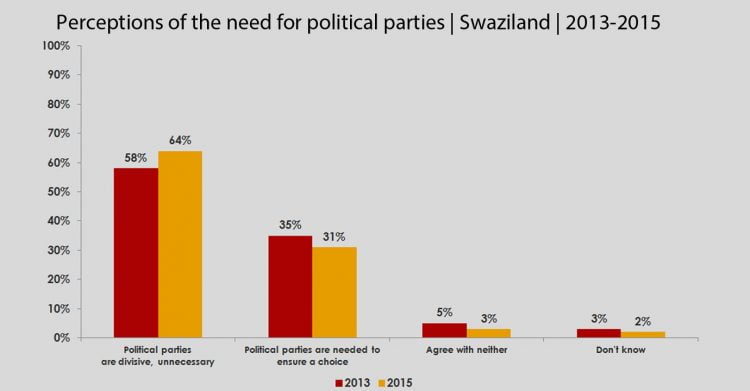