The functions of traditional leaders in Zimbabwe’s rural areas are outlined in the Constitution and the 1988 Traditional Leaders Act. They include promoting and upholding the cultural values of their communities, facilitating development, and administering communal lands. They are also charged with protecting the environment, resolving disputes in their communities, and exercising any other functions conferred or imposed on them by an act of Parliament.

How do Zimbabweans see the role of their traditional leaders?

In the most recent Afrobarometer survey, a majority of citizens describe traditional leaders as wielding influence in the governance of local communities, the allocation of land, and the resolution of local disputes. About half say they are also influential in how people in their communities vote.

While Zimbabweans hold mixed views of traditional leaders’ motives and impact on democracy, a majority trust them. Both perceived influence and trust are considerably higher in rural areas than in cities.

One key message on which rural and urban residents agree is that they want their traditional leaders to stay out of politics. 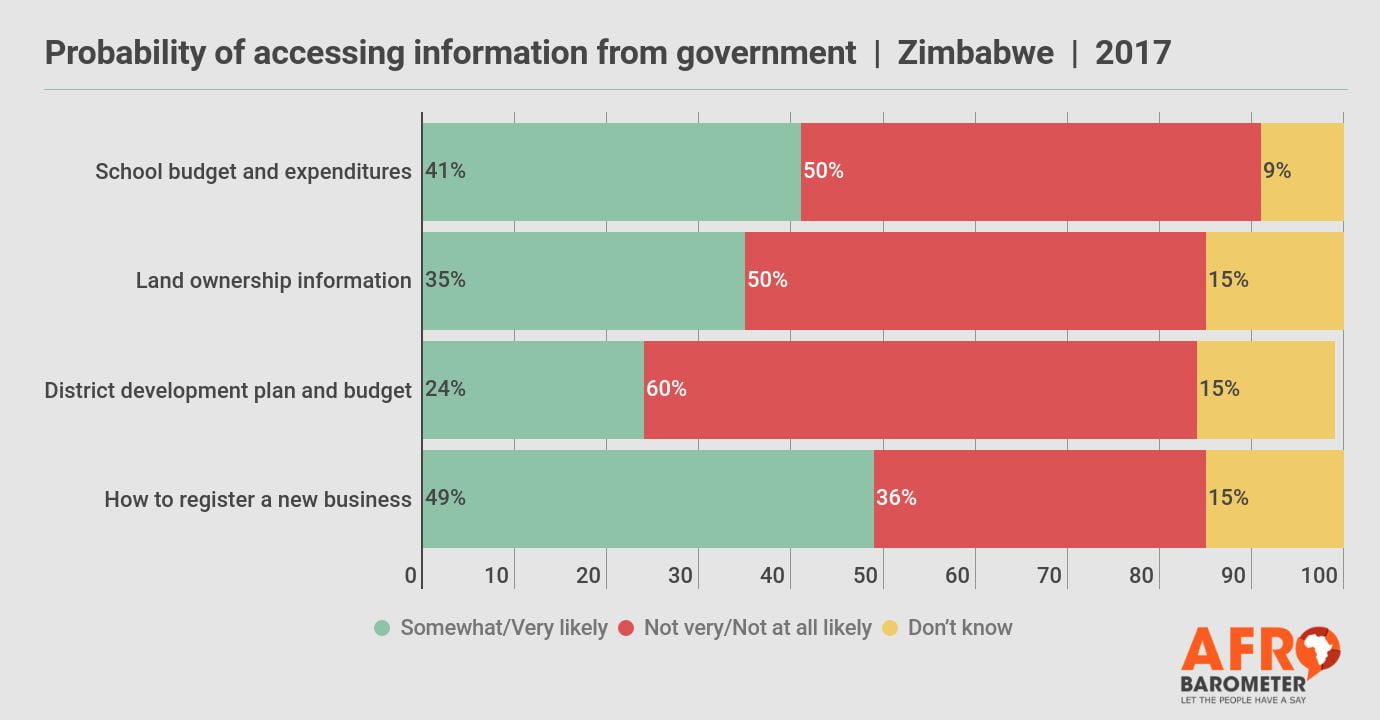