As the world’s largest producer of cocoa, Côte d’Ivoire is particularly vulnerable to climate variations and unpredictable weather (Vaast, 2018). Unfavorable weather changes have already negatively impacted the quality and quantity of production (ENCA, 2015), threatening the livelihoods of smallholder farmers as well as the national economy.

While the cocoa sector in the past has been at the mercy of rainfall patterns, the Ivoirian government is now taking a longer-term approach to mitigating the consequences of climate change while helping to repair some of the environmental damage caused by the cocoa sector itself. The government is planning to spend $1.1 billion to restore and rebuild the country’s forest regions. With the help of international donors and lenders, this ambitious plan aims to regrow forests that have shrunk by more than 80% since 1960 due mainly to expanding cocoa production and illegal farming (Aboa, 2018; Hoije, 2018).

In a country that depends on favorable climate conditions to produce cocoa, how do ordinary citizens view climate change? Data from the latest Afrobarometer survey show that a majority of Ivoirians say droughts have become more severe in the country, but only about half of citizens have heard of climate change. Among those who are aware of climate change, most say that it is making life in Côte d’Ivoire worse but that ordinary citizens can do at least “a little” to help fight it. 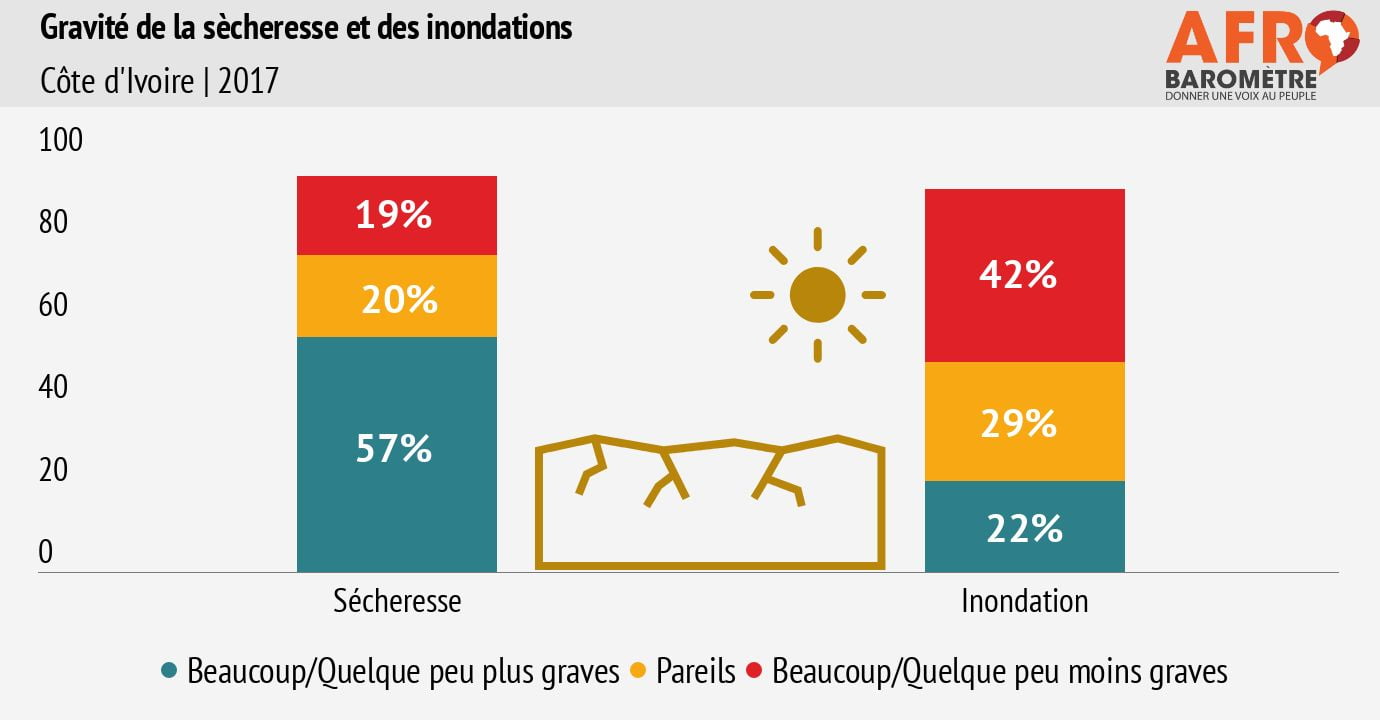 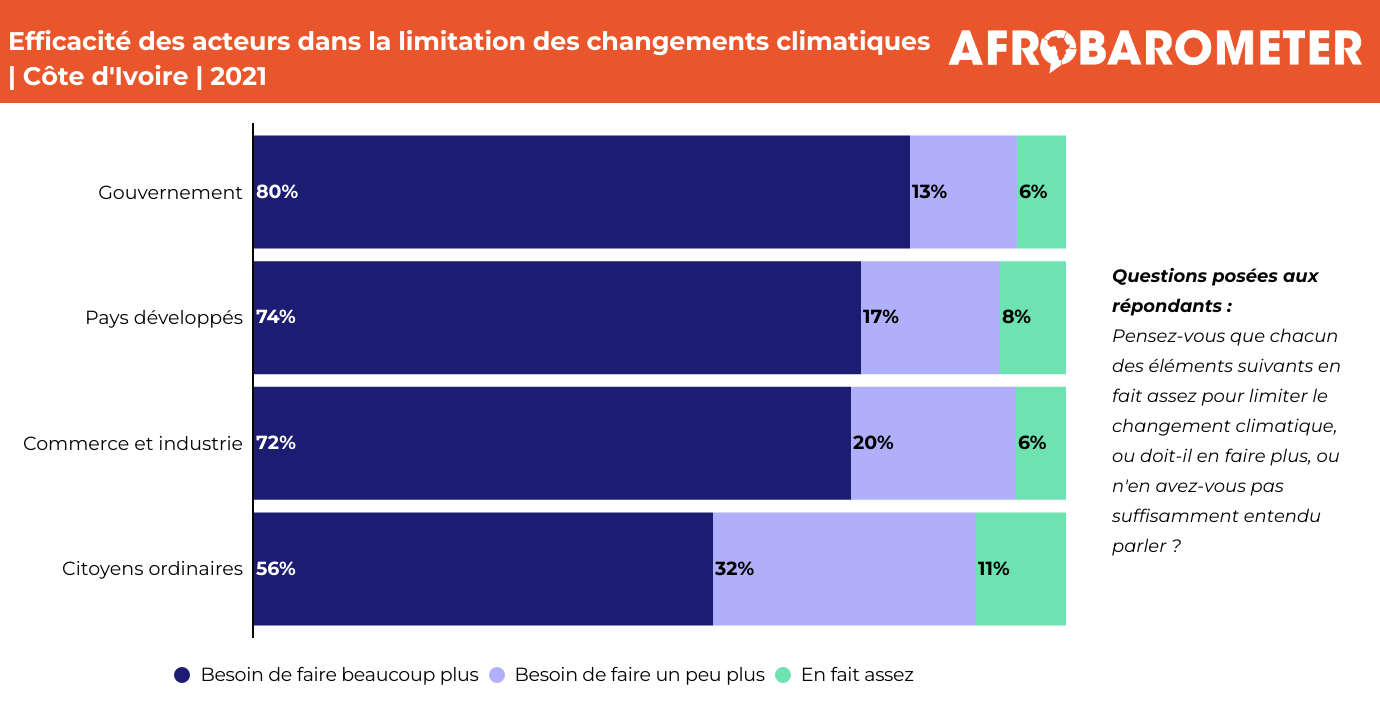