The promulgation of Kenya’s Constitution in 2010 and the ushering in of county governments in 2013 generated high public expectations of efficient service delivery without much consideration of the complexity of such a transition in governance. Kenya’s devolution involves both political and administrative changes, requiring the national government and counties to collaborate in building a new political culture and leadership, with citizens as the pillar of reflexive governance. If that pillar is weak, the form of governance that Kenya has embraced is threatened.

Implementation of devolved governance in Kenya has attracted the interest of policy makers, practitioners, scholars, and citizens, leading the Afrobarometer team in Kenya to work with stakeholders in developing questions on devolved governments for Afrobarometer’s 2014 national survey.

According to survey findings, a majority of Kenyans trust their county leadership and approve of their performance. Trust ratings are higher in rural areas than in urban areas, and more Kenyans trust their governors than their county assemblies. More than half of Kenyans support a call for a referendum on changing constitutional provisions for revenue sharing between county and national governments. However, a majority of Kenyans say members of county assemblies (MCAs) “never” or “only sometimes” listen to citizens’ views, and about eight in 10 find it difficult to participate in key county activities and to access information on county budgets, legislation, and project plans.

These findings provide a good reference point for citizen perceptions of devolved governance in Kenya, and repeat surveys every two years can serve county governments as a useful yardstick for measuring performance and highlighting issues that stakeholders must work together to address. 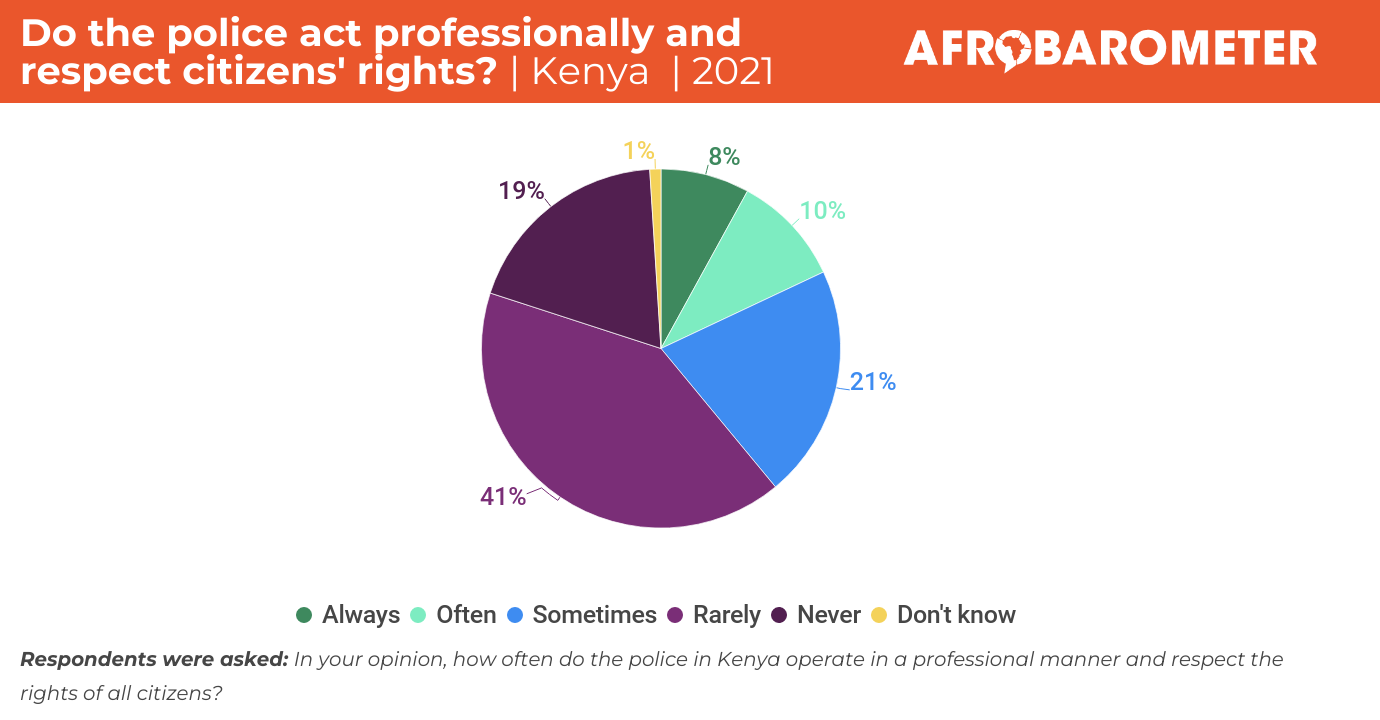