The youth have long represented an important constituency for electoral mobilization in Africa. Yet, despite their numerical importance and the historical relevance of generational identities within the region, very little is really known about the political participation of Africa’s youth. In order to address this issue, we combine country-level variables for 19 of Africa’s more democratic countries with individual-level public opinion data from Afrobarometer survey data. A series of binomial and multinomial logit models are estimated on three key outcome variables: voter turnout in last elections, closeness to political party, and participation in protests. Each outcome variable is analyzed for both a youth group, who we define as those aged 18-30, and a non-youth group. In comparison with older citizens, we find that Africa’s youth tend to vote less and express a lower level of partisanship, which is consistent with findings for the youth in other regions of the world. However, Africa’s youth are not more likely to protest than older citizens. Collectively, these findings cast doubt that the youth are more likely to turn to the street when they are disgruntled but still question the legitimacy of the electoral process as a meaningful conduit for conveying the preferences of Africa’s youth. Today, as the region faces a growing “youth bulge” that is disproportionately burdened by un- and underemployment, capturing the votes of this demographic is becoming more important than ever before.

Analysis
Do Africans want democracy — and do they think they’re getting it?
2 Nov 2021 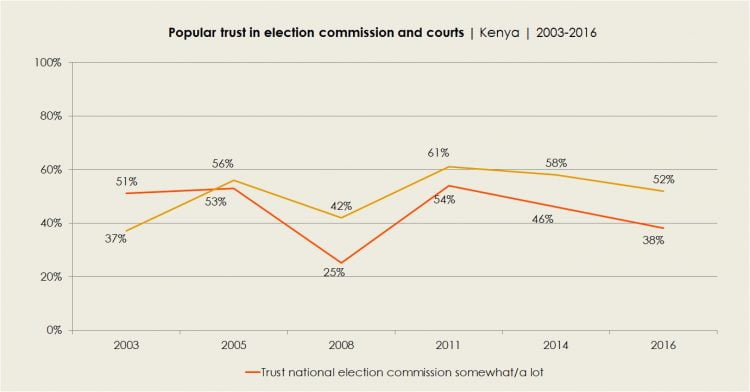