High levels of unemployment, coupled with low salaries and poor conditions of service for most of the few people in formal employment, is a serious source of concern for many Zambian citizens. The rise in fuel prices, especially during the period 2006 to towards the end of 2008, among other things, resulted in price increases of essential goods and services. The closure of some companies, including some mining companies, following the world economic recession, resulted in many job losses, further weakening livelihood opportunities for many Zambians. According to the 2006 Living Conditions and Monitoring Survey (LCMS) results, the incidence of poverty in Zambia stood at 64 percent.  Under the circumstances, citizens are quite anxious about the country’s economic conditions as well as their own living conditions, both at present and in the near future. This bulletin summarises the perceptions of Zambians with regard to economic and living conditions in the country as captured by the Afrobarometer survey conducted in June 2009. 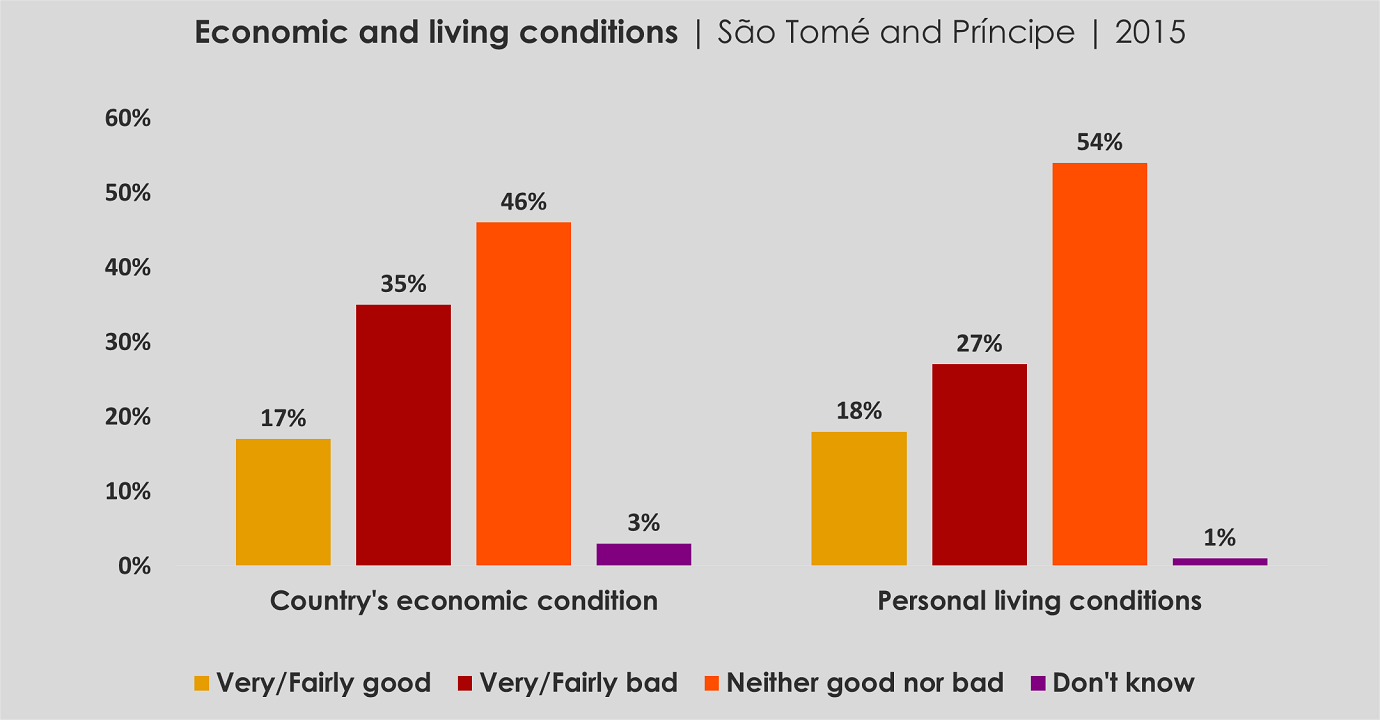