Sierra Leoneans express growing support for multiparty politics, accountable government, and presidential term limits, according to the latest Afrobarometer survey (2015) in the country.

On all three indicators, public support has increased since the previous survey in 2012. In addition, a majority of Sierra Leoneans support democracy and reject non-democratic alternatives such as one-party rule, one-man rule, and military rule, survey findings show. But despite three successful general elections since the end of the civil war in 2002, a plurality of citizens say they are dissatisfied with the way democracy is working in the country.

Lena Thompson is a lecturer at Fourah Bay College, University of Sierra Leone. 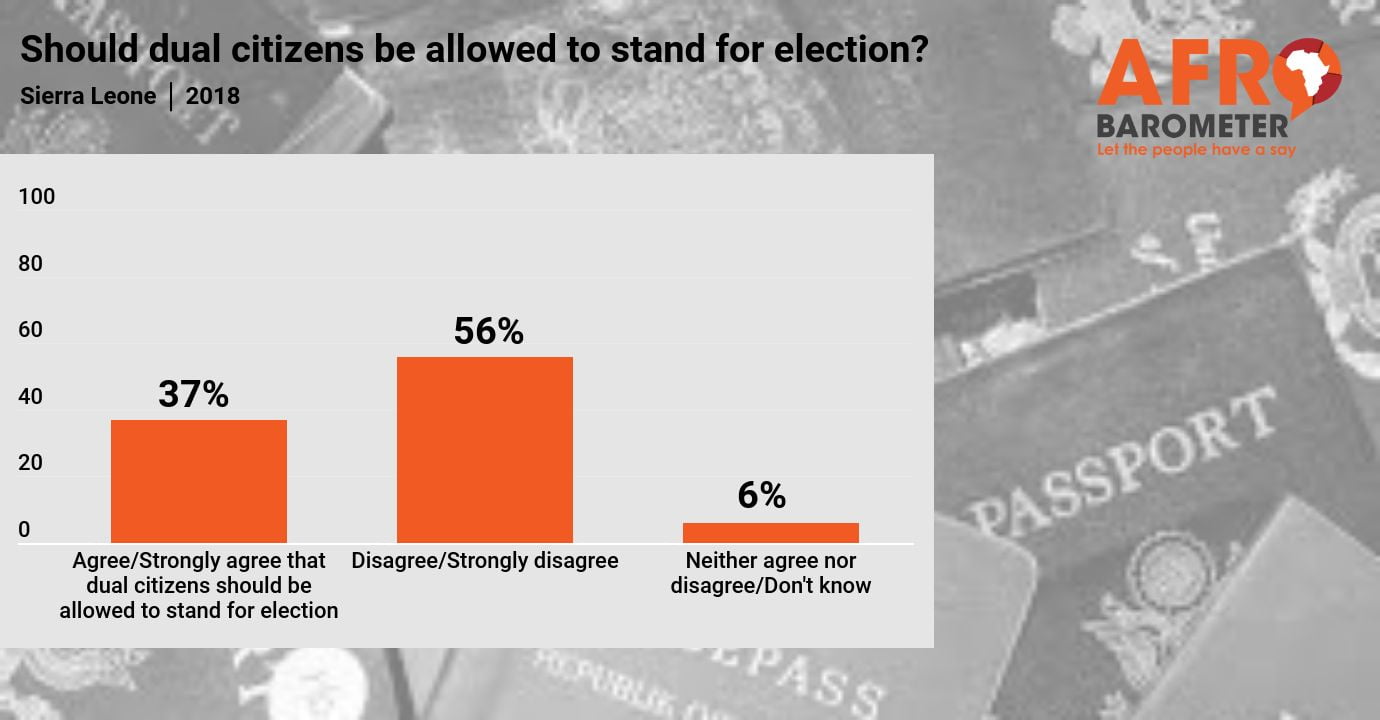 Dispatch
AD344: Sierra Leoneans strong on democracy, but split on whether dual citizens should participate
20 Feb 2020