After an unstable political history of autocratic rule, coups and counter-coups, and a destructive decade-long civil war, Sierra Leoneans want to live in a democracy with elections and multiparty competition, according to findings from the most recent Afrobarometer survey.

They are divided, however, on the question of whether people holding dual citizenship should be allowed to participate by voting, and a majority would deny them the right to stand for office.

The political rights of dual citizens became a hotly contested issue and legal quagmire in the run-up to the March 2018 presidential and parliamentary election after the government decided to enforce a provision of the 1991 Constitution that effectively bars dual citizens from holding public office, even though a 2006 amendment to the 1973 Citizens Act recognizes dual citizenship.

This constitutional provision was not enforced in elections in 2002, 2007, and 2012; dual citizens were elected to Parliament, and some were appointed as government ministers. However, ahead of the March 2018 election, the then-ruling All People’s Congress (APC) decided to enforce the provision preventing dual citizens from standing as candidates. Sparking what is popularly known as the “two-SIM” controversy (a reference to two-card mobile phones), this was seen by some as a cynical political move to exclude popular opposition candidates, in particular National Grand Coalition leader Kandeh Kolleh Yumkella, from the presidential and parliamentary election (Shaw, 2018).

The newly elected government, led by the Sierra Leone People’s Party (SLPP), has committed to reviewing the issue.

Lena Thompson is a lecturer at Fourah Bay College, University of Sierra Leone. 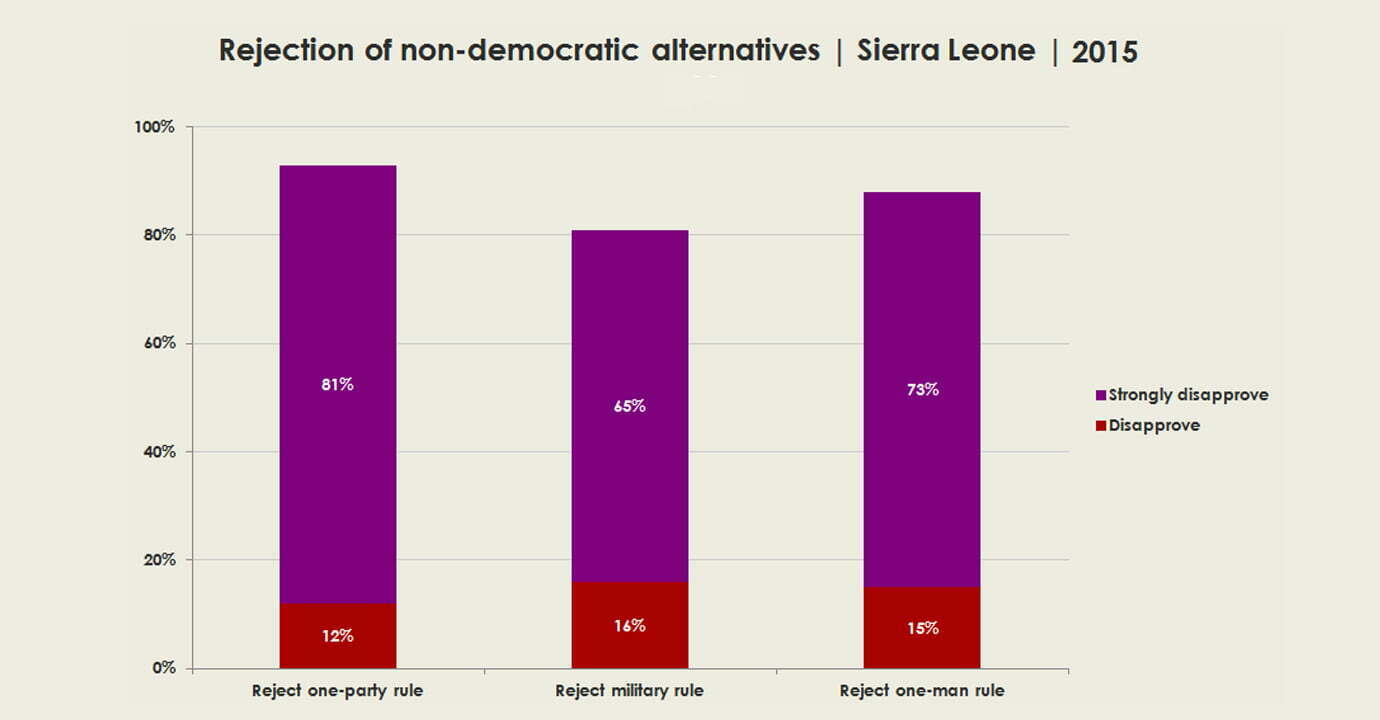 Working paper
WP182: Is there an anti-politics of electricity? Access to the grid and reduced political participation in Africa
14 May 2019
Media resource
Sierra Leonean perceptions of democracy
11 Nov 2015