Cabo Verde stands out on the African continent as a paradigm of tolerance and respect for human rights and fundamental freedoms. The country has ratified all major international human-rights conventions; its laws guarantee democratic freedoms; and its government is generally considered effective in respecting and protecting these rights (European Commission, 2018; U.S. Department of State, 2016).

Yet when Afrobarometer asked Cabo Verdeans how they see their democracy, responses suggested a curious mix of appreciation and dissatisfaction. Most citizens said that they feel free to express their views and that political freedoms have been improving in recent years. Yet growing numbers of Cabo Verdeans expressed dissatisfaction with their democracy – a view that may have more to do with the government’s economic management than its record on political rights. 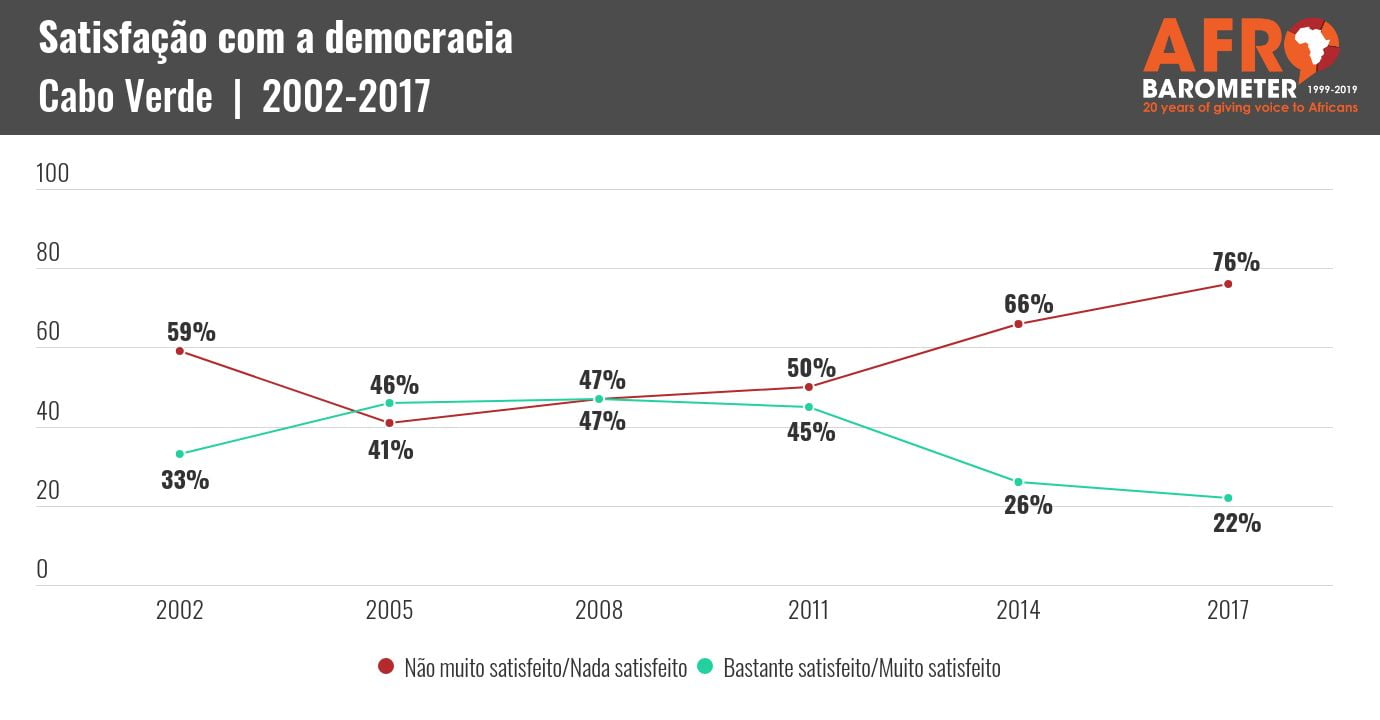