Since its outbreak in December 2019, the COVID-19 pandemic has had a major negative effect on almost every country’s economy, as well as the global economy as a whole.

Uganda’s economy has been hit hard. Its real gross domestic product (GDP) grew by just 2.9% during the year ending in June 2020, less than half the 6.8% rate reported for the previous year. The tourism and agriculture sectors, especially agricultural export earnings, were badly affected, and the country saw significant declines in foreign remittances and direct investments as a consequence of the global economic downturn triggered by the pandemic (World Bank, 2020).

Similarly, Uganda’s revenue collection suffered significant shortfalls as a result of a domestic lockdown and disruptions in global demand and supply chains (Daily Monitor, 2020). Public debt rose as the government was forced to borrow heavily to cope with the economic consequences of COVID-19 (Financial Post, 2020). Job and income losses affecting many Ugandans were projected to worsen if the pandemic continued (Independent News, 2020).

According to the most recent Afrobarometer survey in Uganda, conducted in late 2020 and early 2021, citizens’ perceptions of their economic and living conditions worsened during the COVID-19 period after improving between 2017 and 2019. Poor and older citizens, rural dwellers, and residents of the Northern and Eastern regions were more negatively affected than their counterparts.

More than half of citizens said the pandemic caused someone in their household to lose a job, business, or primary source of income. And a majority of Ugandans said the government’s economic policies had hurt, rather than helped, most Ugandans. 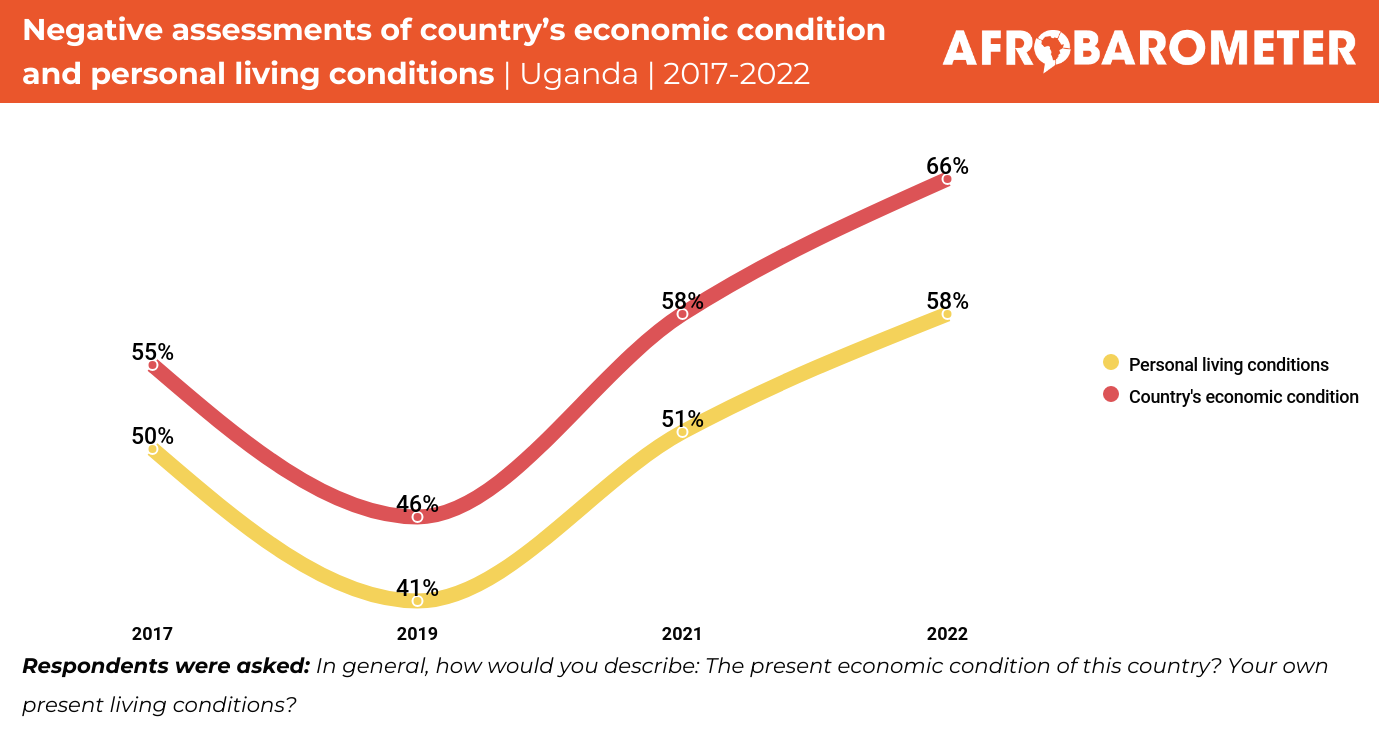