Despite stable economic growth averaging 7% over the past decade, Tanzania continues to face substantial development challenges (Kinyondo & Pelizzo, 2018; African Development Bank Group, 2018). The government has adopted a variety of development initiatives consistent with its commitment to the United Nations’ Sustainable Development Goals 2030 as well as National Development Vision 2025, which aims to transform the country into a middle-income economy. Among other approaches, the government has sought to improve delivery of public services through administrative, legal, labour, and financial reforms focusing on transparency, accountability, and performance of civil servants (Lufunyo, 2013)

This dispatch examines citizens’ perceptions and experiences with regard to four major public services that Tanzanians rank among the most important problems their government should address: health care, water/sanitation, electricity, and education. Findings from the most recent Afrobarometer survey show that while infrastructure remains limited, citizens’ experiences have improved, with declines in reported difficulties, delays, and bribe payments in obtaining services and increases in citizen approval of government performance. 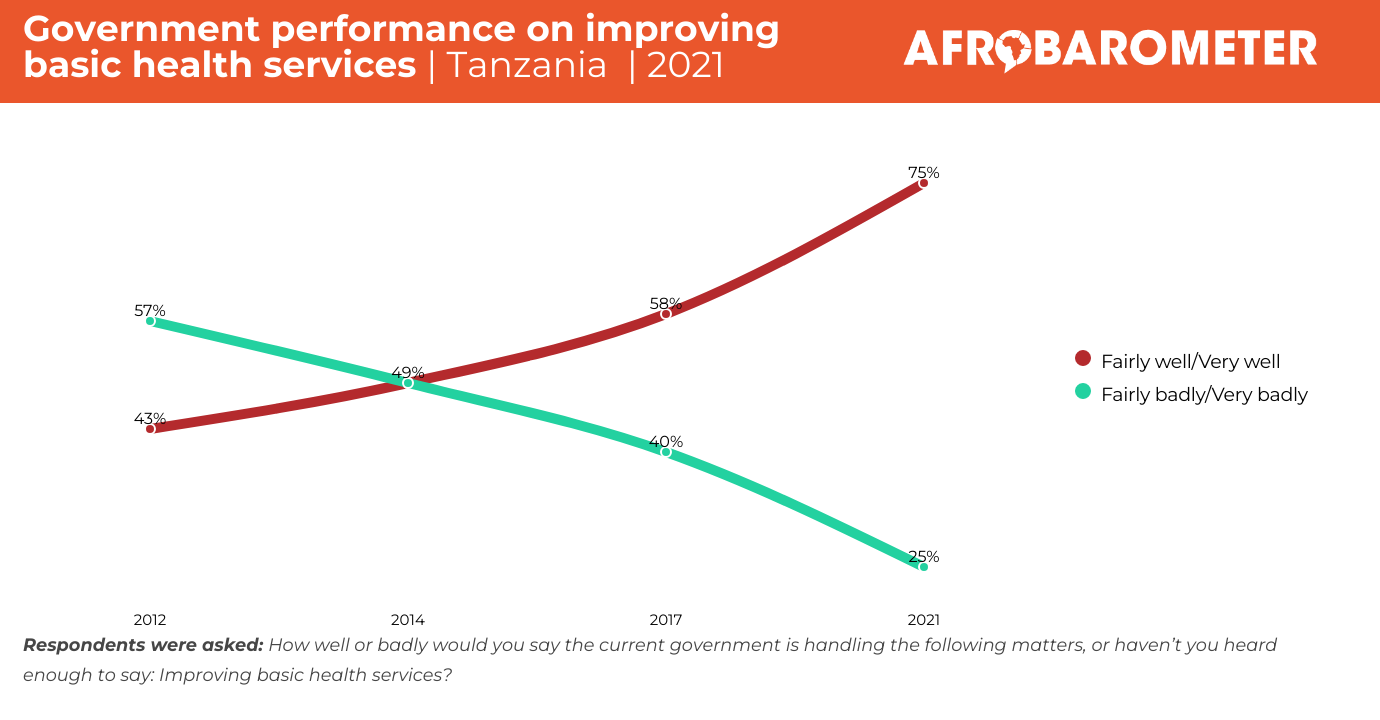