The most recent national elections in Malawi (2014) were highly contested, and the results were heavily disputed. Whilst vote counting was in process, then-President Joyce Banda announced that she had nullified the elections and called for new elections because of grave irregularities and allegations of rigging. The Malawi Electoral Commission (MEC) conceded that there were serious challenges and that it was prepared for vote recounting, but the High Court of Malawi ordered the MEC to release results within eight days after the last day of voting, as is required by the country’s Presidential and Parliamentary Elections Act, effectively precluding a recount.

The controversy surrounding the 2014 elections has ignited momentum for demands for electoral reforms in Malawi. Some reform proposals were recommended by the Malawi Law Commission following the constitutional review process of 2006, but more than a decade later, they have yet to be tabled in Parliament. These include proposals concerning the composition of the MEC, the electoral system, and eligibility criteria for candidates for president and Parliament (Malawi Law Commission, 2007; National Task Force on Electoral Reforms, 2015). Civil society organisations, political parties, and citizen activists are now pushing for legal and administrative reforms to improve both the conduct of elections and the legitimacy of election outcomes.

Amidst this national debate, this dispatch examines the views of Malawians on elections as a way of choosing leaders, on the freeness and fairness of their elections, and on some of the key proposed reforms. According to 2017 Afrobarometer survey results, Malawians are losing confidence in elections. There is widespread support for changes to the process of choosing MEC members, for a minimum educational requirement for candidates for Parliament, and for an age limit of 70 years for presidential candidates. 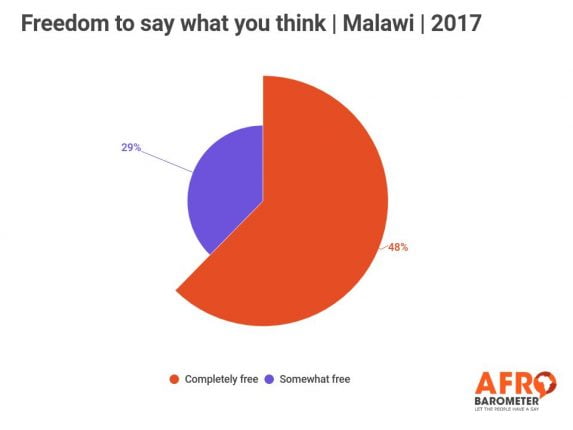