After Malawi’s seminal 1994 elections in which the country made the transition back to multiparty politics, commentators were alarmed at how regionalistic the voting pattern appeared to be. Northerners had voted overwhelmingly (88%) for Chakufwa Chihana, the Alliance for Democracy (AFORD) candidate. A large majority (64%) of those in Central Region had thrown their support behind the country’s long-standing president, Hastings Kamuzu Banda, of the Malawi Congress Party (MCP). And Southerners were largely responsible for selecting the ultimate winner, Bakili Muluzi of the UDF, with a resounding 78% casting their vote his way (along with 28% of those in Central Region). These patterns raised the concern that democracy could destroy the sense of national unity that had been so much cherished under one-party rule.

However, time has shown that neither Malawi’s political parties themselves, nor the solidly regional voting patterns that originally sustained them, were as enduring as once feared. New parties have been born, while others have fragmented, wilted away, or been absorbed by the newcomers. Some parties have increasingly solidified their credentials as truly national parties, often by making in-roads in regions once considered the strongholds of their competitors. But this has at the same time pushed others farther into the regional periphery, or even near extinction.

In Malawi, each party is symbolized by a colour. The party that succeeds in best representing the nation by achieving some support in all regions is said to have turned the country in its colour. This was popularised by the United Democratic Party (UDF) during its ten-year rule with its platform slogan: ‘yellow everywhere’. It was not uncommon to hear former President Muluzi and his ‘choir’ yell ‘Ku mpoto, yelo! pakati yelo! kumwera yelo! yelo! yelo!’; meaning ‘UDF in the North, the Centre and especially the South.’ Using colour symbolism, we might describe Malawi as having been green during the 30 years of Malawi Congress Party (MCP) rule, albeit not by popular choice. More recently, though, with the birth of the ‘blue’ Democratic Progressive Party (DPP), the question is whether or not ‘blue’ is in the process of replacing ‘yellow’ as the national colour.

This bulletin draws on data collected in four Afrobarometer surveys of public attitudes to examine trends in party support in Malawi over the course of the last decade, looking especially at the extent of regionalism in Malawian party politics. How regionally diverse are the support bases of each of Malawi’s leading political parties? Can the country’s dominant parties in fact call themselves “national parties” that draw support from throughout the country, or are they instead a mere collection of regional parties that reflect local parochial interests, rather than the nation as a whole?

Our findings show that early concerns about the possible entrenchment of regionalism were overblown. In fact, the gravest danger to Malawi politics now may have profoundly shifted. Rather than regionalism and an excess of disunity, the country may now be more at risk of evolving into a one-party dominant system, reflecting perhaps an excess of unity. It is, however, far too soon to tell whether the current popularity and possible dominance of the newest major party, the Democratic Progressive Party (DPP) – which has not even been demonstrated in an election yet – will evolve into a lasting political phenomenon. We may instead continue to witness high volatility in the Malawian party system. But the near-term projection based on the findings here must certainly be that Malawi is indeed, at least for now, turning blue. 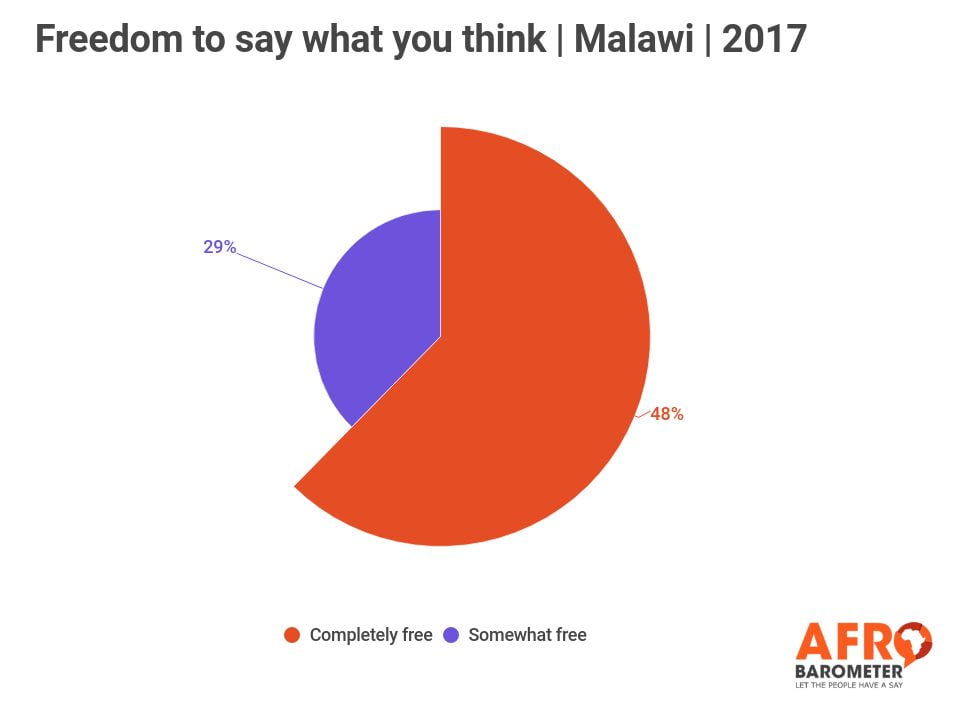