Though polarized and distrustful of political adversaries, Zimbabweans would welcome a wide range of specific actions to help heal the country in the wake of its disputed election, a new analysis from Afrobarometer suggests.

▪ An ever-widening Partisan Trust Gap that leaves Zimbabwe more polarized than any other African country surveyed by Afrobarometer.

But the data also affirm popular support for steps by actors at all levels – from the president to the opposition to civil society to religious leaders – to move the country toward reconciliation, including:

▪ Presidential action that allays fears that “Mnangagwa will govern the same as Mugabe” by reaching out to the opposition and inviting talented technocrats into an inclusive Cabinet.

▪ Toned-down rhetoric by an opposition focused on putting its divided house in order and leveraging its minority position in Parliament to push for meaningful reforms.

▪ A reversal of the trend toward militarization of political and administrative institutions.

▪ Traditional authorities focused on their functions as custodians of customary law, rather than partisan mobilization. 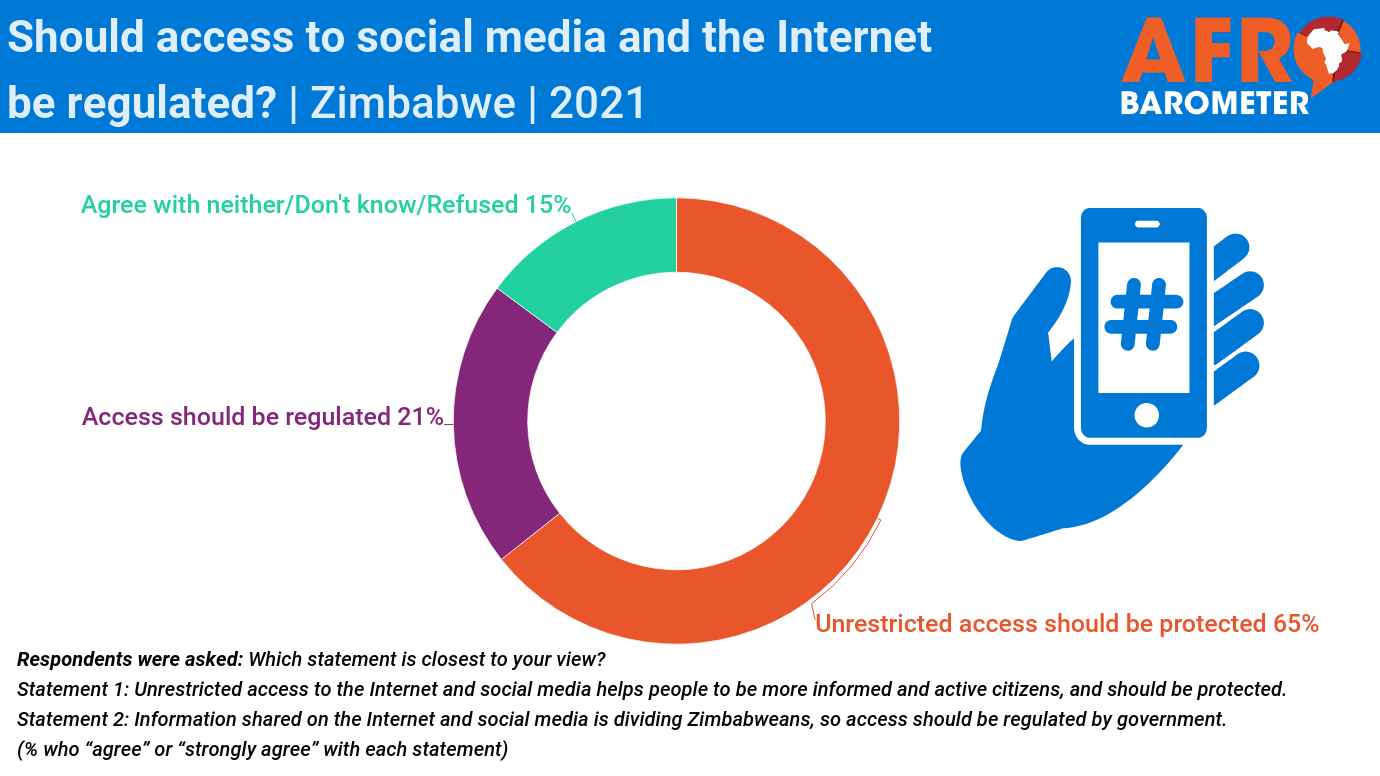 Dispatch
AD463: Though alert to its dangers, Zimbabweans embrace social media and demand unrestricted access
12 Jul 2021
Questionnaire
Zimbabwe Round 6 questionnaire (2014)
5 Nov 2014
News release
Government fares badly on job creation but gets thumbs up for promoting opportunities for women
3 May 2017