Most Kenyans with justice-related problems turn to family and friends, traditional leaders, or other resources outside the formal court system – and are generally satisfied with the outcome, according to findings of an Afrobarometer survey.

Even though a majority of Kenyans say they trust courts of law at least “somewhat,” only about one in 30 survey respondents who had justice-related problems during the previous two years sought recourse in a court or tribunal.

The survey shows that about one-third of Kenyans think most or all judges and magistrates are involved in corruption – about half the perceived corruption level for the police, but twice the rate for traditional and religious leaders. 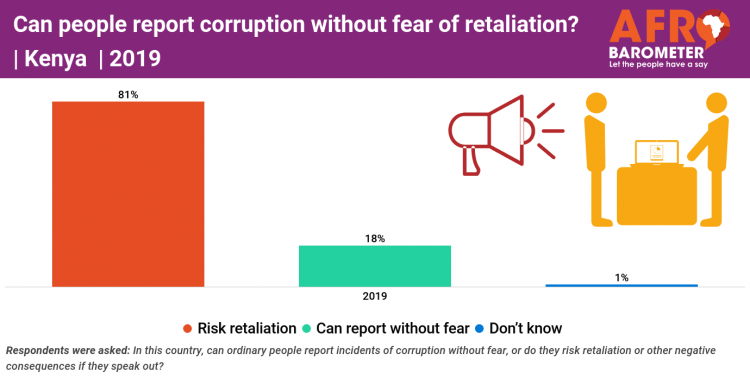