Two-thirds of Burkina Faso citizens favour a two-term limit on presidential mandates, according to the most recent Afrobarometer survey.

In the 2012 survey, 65% of respondents agreed – including 42% who “strongly agreed” – with the statement that “The Constitution should limit the president to serving a maximum of two terms in office”. This finding reflected an 11 percentage point increase from the 2008 Afrobarometer survey, with majority support in both urban (77%) and rural (60%) areas.

Burkina Faso’s Parliament is set to vote on a constitutional amendment to allow the president to stand for a third term.

Among 34 African countries surveyed during Afrobarometer’s Round 5 (2011-13), all but one (Algeria) expressed majority support for term limits. 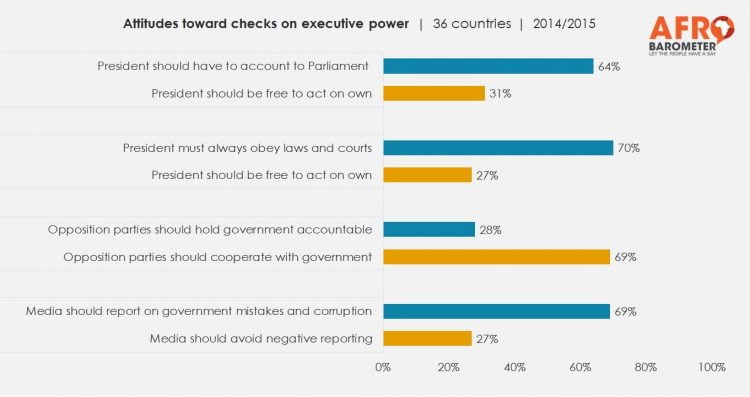