In a democratic political regime, politicians and ordinary citizens must accept elections as the legitimate means of choosing who will govern. Losers must patiently wait until the next election to have an opportunity to elect a leader according to their preferences, and winners must restrain themselves from changing the rules to increase their power. Political systems are considered consolidated democracies when elections are free and fair, alternations of power happen according to the results of elections and are accepted by all main contenders, and the general public sees the system as the best way of organizing the political life. The establishment and survival of democracy depend on both politicians and ordinary citizens being committed to it.

Understanding why people have (or do not have) a favourable view of democracy, that is, why they demand democracy, is important to an evaluation of the prospects for democratic stability. Usually, national-level variables have been added to multi-level regression models of survey data. In this paper, I contribute to the investigation of why people demand democracy by adding to the usual explanations new individual-level variables related to individual exposure to political institutions and economic conditions. My two main questions are: Does exposure to democracy increase the legitimacy of democracy? Is people’s demand for democracy influenced by the past economic performance of their countries?

People live in a constant process of socialization, learning from their individual experiences and from their social environments. People exposed for a longer time to democratic institutions learn how the system works, accept its procedures, and as a result demand democracy more than less exposed people.

Graph: Number of democratic and non-democratic regimes among 34 countries surveyed in Afrobarometer Round 5, according to Polity IV project | 1950-2013 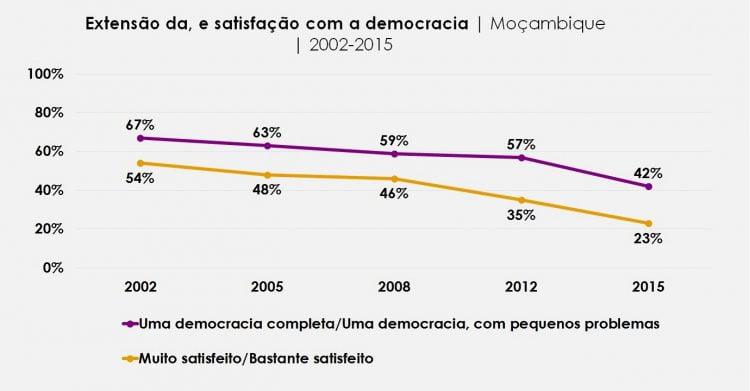 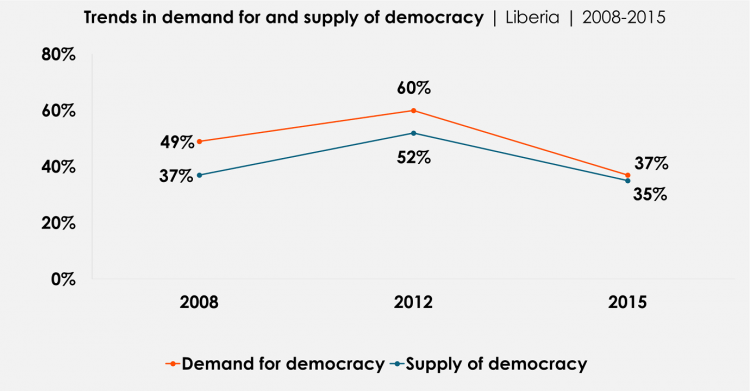