In November 2017, the Afrobarometer surveyed a nationally representative, random, stratified probability sample of 1,200 adult Namibians. Face-to-face interviews were conducted in the language of the respondent’s choice by the Afrobarometer team based at Survey Warehouse. Local language translations were done in four languages: Afrikaans, Oshikwanyama, Otjiherero and Rukwangali. IJR provided technical backstopping for the survey. Previous Afrobarometer surveys were conducted in Namibia in 1999, 2002, 2003, 2006, 2008, 2012 and 2014.

Working paper
WP182: Is there an anti-politics of electricity? Access to the grid and reduced political participation in Africa
14 May 2019
Summary of results
Popular attitudes toward democracy in Namibia: A summary of Afrobarometer indicators (1999-2008)
13 Aug 2009 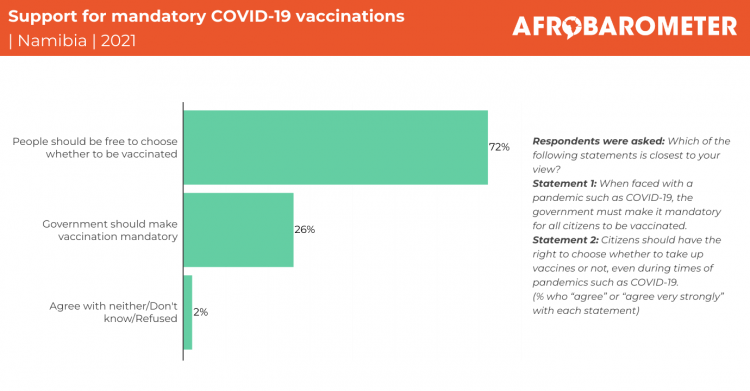