Access to land is a contentious issue in many parts of sub-Saharan Africa, a legacy of colonialism and accompanying dispossession. While neighbouring South Africa has moved toward expropriation without compensation (Ngcukaitobi, 2018; Pather, 2018), Namibia’s debate has highlighted the need for urban land and housing to accommodate continuing rural-to-urban migration (Delgado & Lühl, 2018; Remmert & Ndhlovu, 2018).

In 2014, the “social movement” Affirmative Repositioning (AR) captured the attention of young, educated Namibians and placed the issue of unaffordable urban housing squarely on the national agenda (Kambala, Nauyoma, & Amupanda, 2015). Joining what has been described as “the biggest mass action since Namibia’s independence” (Becker, 2016), thousands of young urbanites applied for serviced land from municipalities and threatened land occupation if their applications were not processed in a timely fashion (Namibian, 2014; Tjihenuna & Haidula, 2014). As AR grew into a large, mostly online community of concerned citizens, the government agreed to its demand to service 200,000 plots of urban land and make them available for housing (Immanuel, 2015).

Alongside AR, the Landless People’s Movement (LPM) has gained political traction in Namibia with a focus on the return of ancestral lands (Namibian, 2017). The LPM was officially approved as a political party in February 2019 and is expected to participate in Namibia’s national elections in November 2019 (NBC, 2019).

Namibia’s official land policy focuses on resettlement and the transfer of agricultural land under a “willing seller, willing buyer” model (Mumbuu, 2018) that requires economic resources to access land. While the country’s second land conference since independence, conducted in October 2018, closed without developing radical new policies, leaders expressed a greater commitment to active redistribution of land and emphasized the importance of urban land (Kuhanga, 2018).

Against this background, this dispatch examines Namibians’ views on land and the movements that have challenged disparities in access to land. Findings from Afrobarometer’s most recent survey show that Namibians – especially in the cities – consider land a high-priority problem that the government should but has largely failed to address. AR is seen as more effective than the LPM, opposition political parties, or the media in getting the government to take land issues seriously.

Ndapwa Alweendo is a research associate at the Institute for Public Policy Research, the Afrobarometer national partner in Namibia. 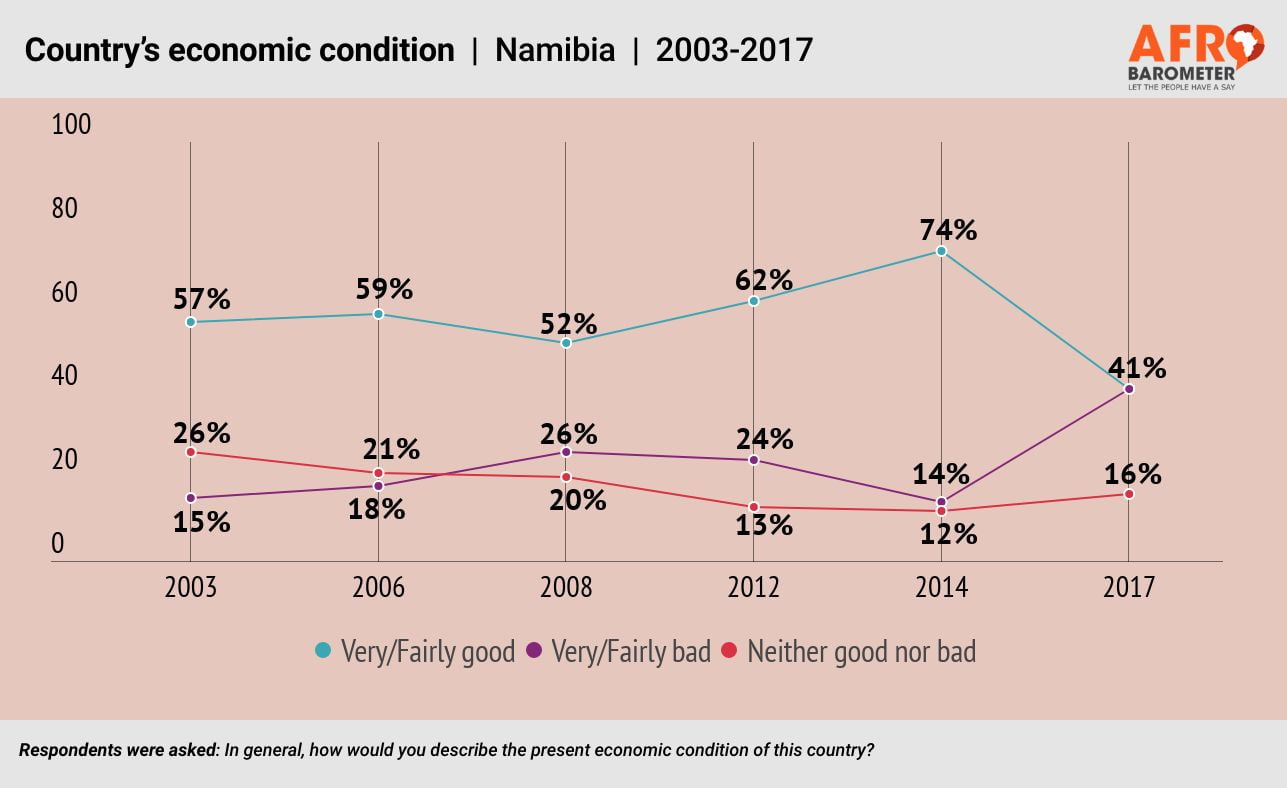 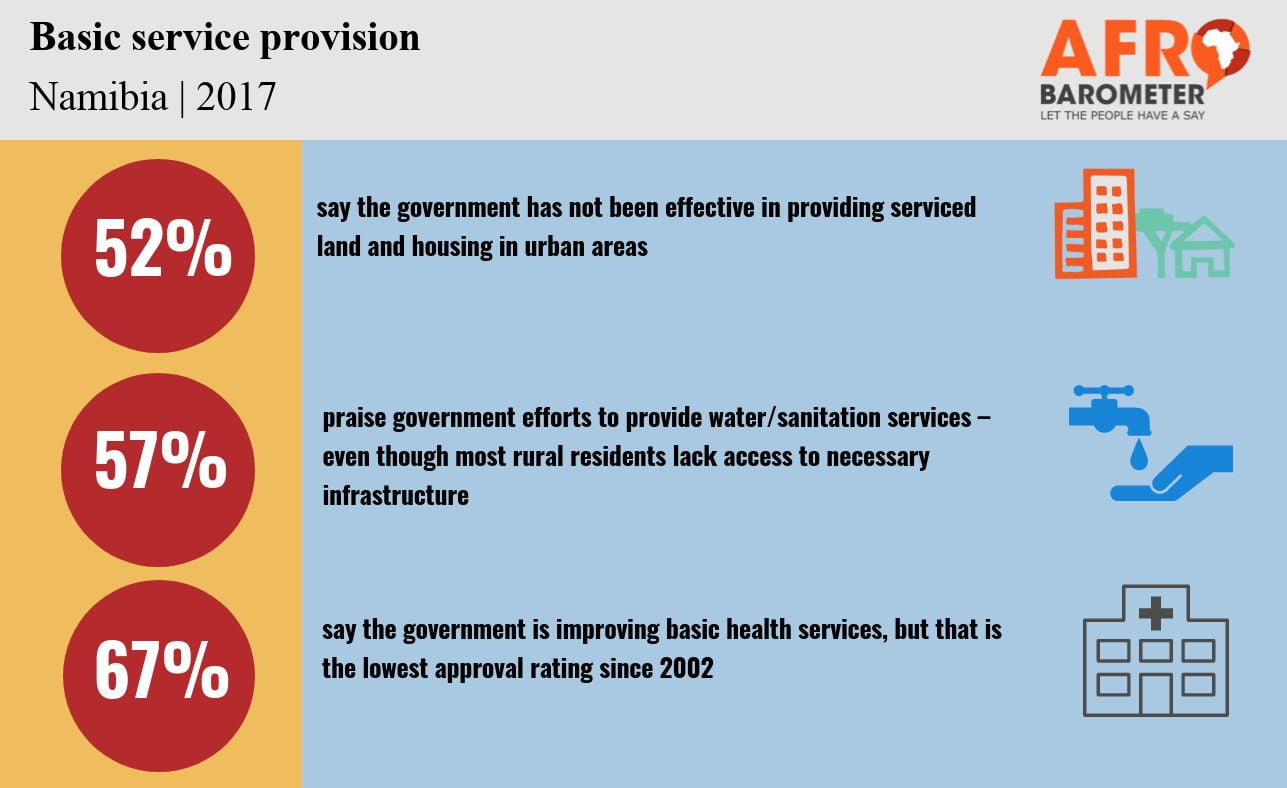