Post-independence, many states in Africa faced a plethora of challenges, from poverty and ethnic cleavages emphasized by former colonizers to corrupt political elites and nonfunctioning institutions. In numerous cases, this mixture resulted in civil war or violence, further weakening the state. In Sudan, peace has been the exception since independence in 1955: Two civil wars (1955-1972 and 1983-2005), conflict in Darfur since 2003, and violence surrounding the struggle for independence of South Sudan have claimed tens of thousands of lives and left many more destitute or forced to flee (Berry, 2015; Ahmad, 2010).

Against this background of conflict and violence, this dispatch examines Sudanese attitudes regarding possible trade-offs between citizens’ human rights and the pursuit of peace and security.

Afrobarometer survey findings show that for a majority of Sudanese, government efforts to ensure peace and security do not justify violations of individual human rights. But a substantial minority (41%) disagree. This willingness to trade human rights for a more effective fight against insecurity is most common in the conflict regions of Darfur and Kurdufan, as well as among citizens who fear political violence and intimidation and who prioritize government efficiency over accountability. 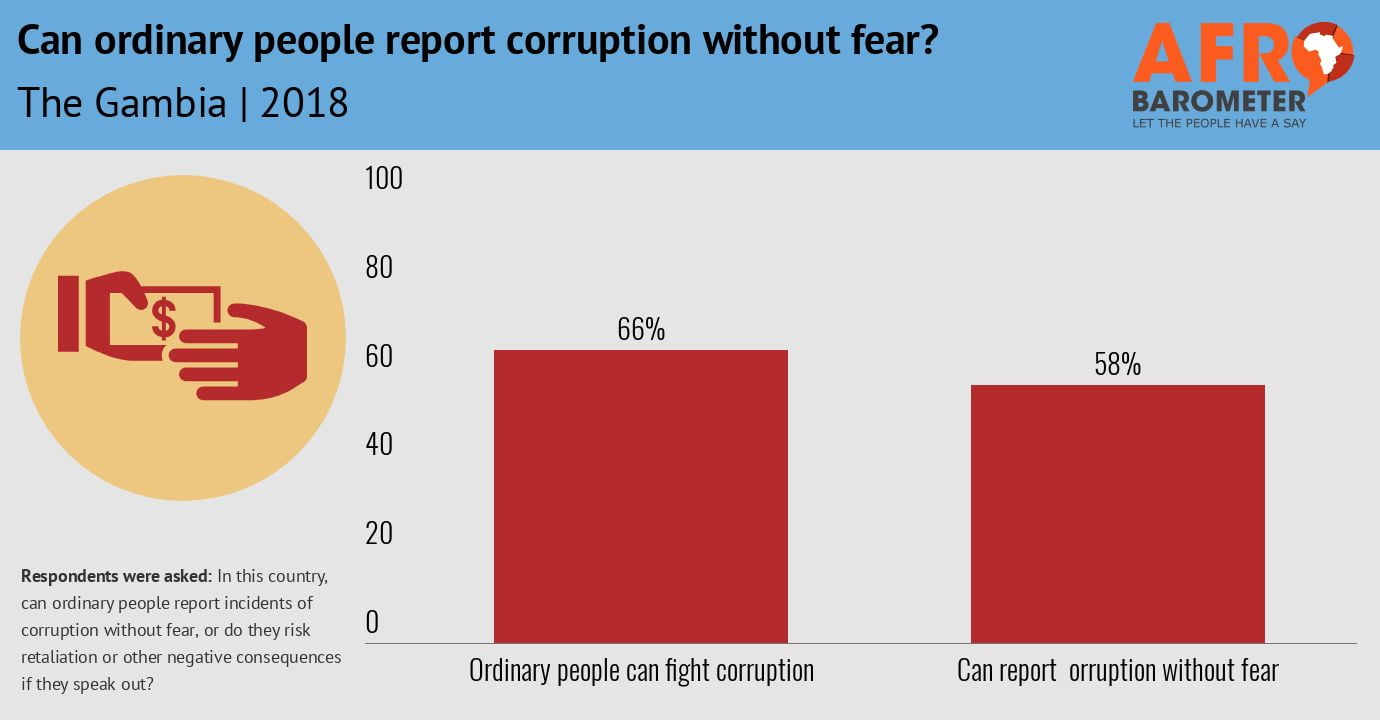 Dispatch
AD263: In fight against corruption, Gambians say citizens can make a difference, report without fear, and get official action
6 Dec 2018
Questionnaire
Tunisia Round 5 questionnaire (2013)
9 Jan 2013