A large majority of Sierra Leoneans say the level of corruption in the country increased over the past year, findings from the latest Afrobarometer survey show.

Public trust in several institutions has declined over the past three years, most dramatically trust in the president. Moreover, seven of 10 Sierra Leoneans disapprove of the performance of their Members of Parliament (MPs).

With less than three years until the next general election, these findings indicate potential challenges ahead for the country’s political leaders. 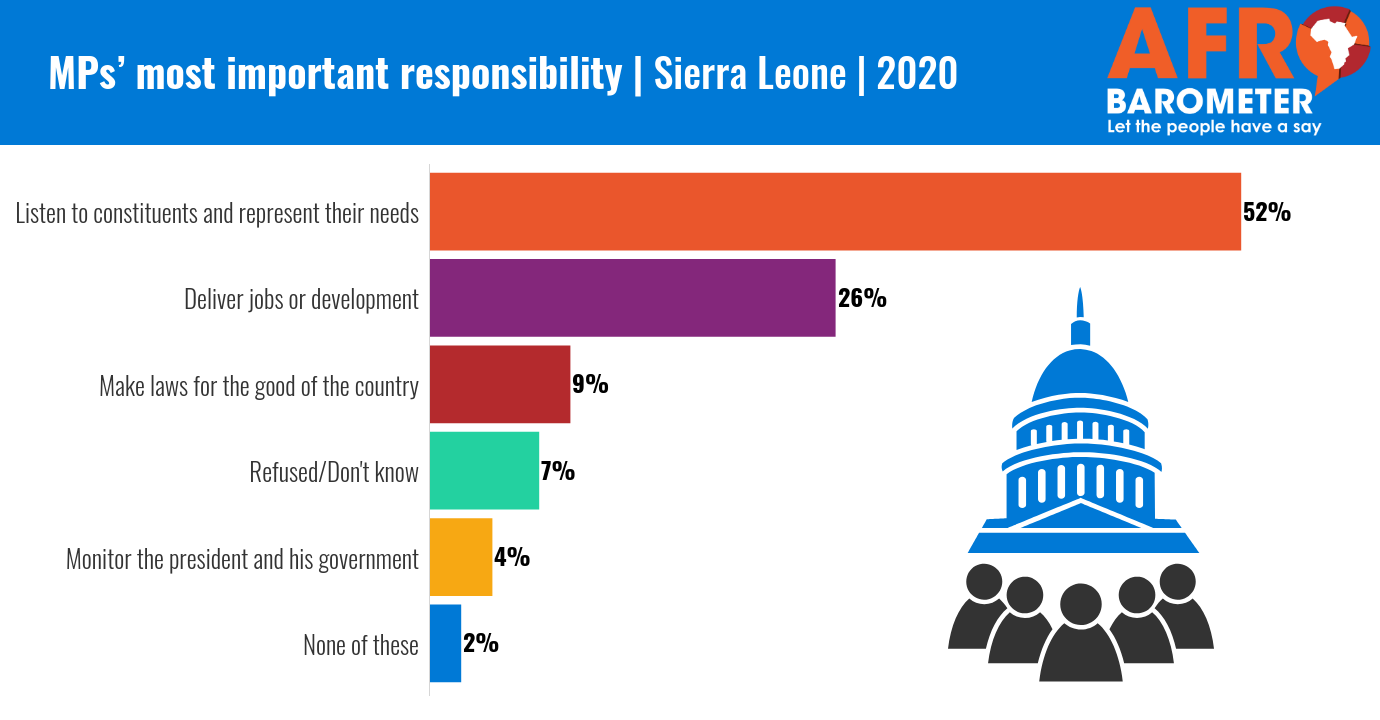