An overwhelming majority of Ugandans support age limits for presidential candidates, in contrast to a constitutional amendment in 2017 lifting such a restriction, the most recent Afrobarometer survey shows.

At least eight out of 10 citizens favour setting both maximum and minimum age limits for president. Support for a maximum age is strongest among supporters of opposition political parties, but even among adherents of the ruling National Resistance Movement (NRM), almost three-fourths agree.

The Ugandan Parliament in 2017 approved an amendment to the Constitution eliminating the requirement that candidates vying for the presidency be less than 75 years old.

For lawmakers, survey findings point to a need for a broad-based national consensus when constitutional amendments are being considered. 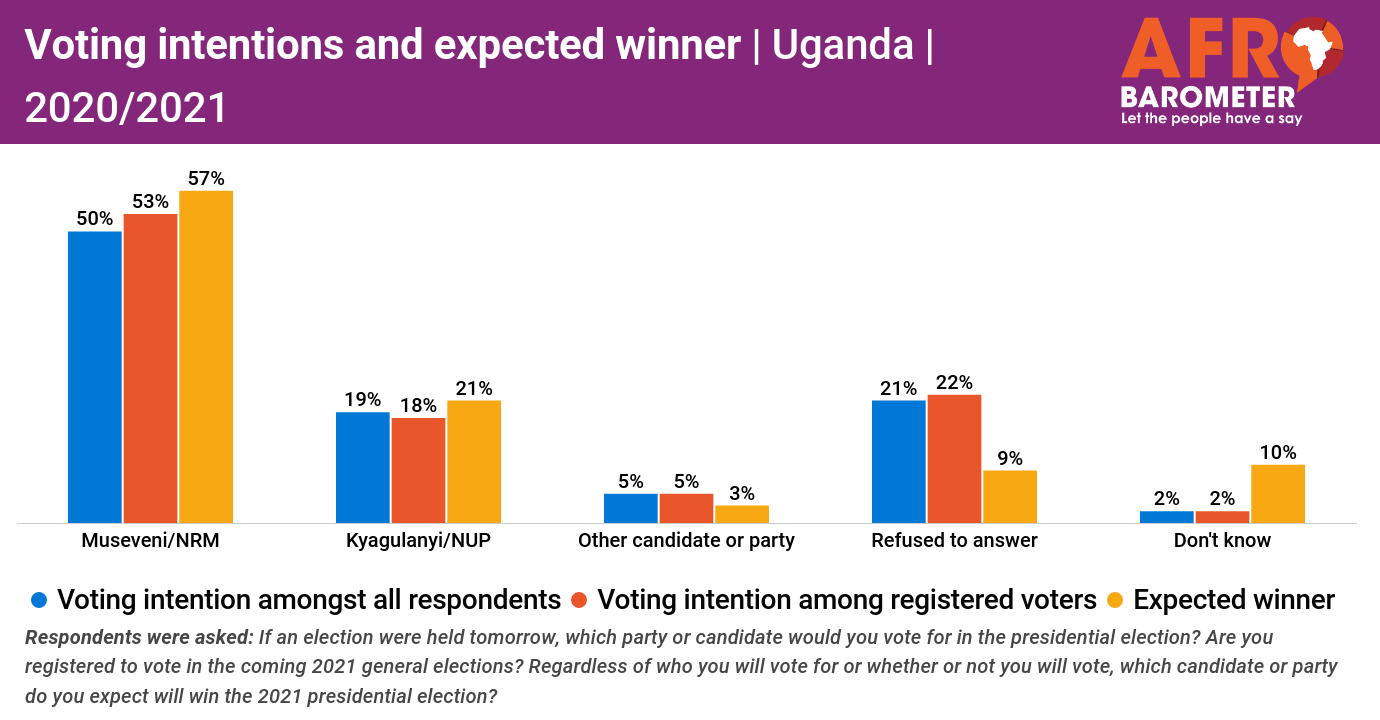