While a small share of citizens believe that the use of social media such as Facebook, Twitter, and WhatsApp makes people more susceptible to fake news and intolerance, a large majority say social media informs them about current events and helps them have an impact on political processes.

The share of Mauritians who use social media every day has more than doubled over the past six year, from 32% in 2014 to 69% in 2020. Overall, citizens believe the effect of social media on society is positive.

Dispatch
AD267: With elections a year away, Mauritians are increasingly critical of government performance
28 Dec 2018 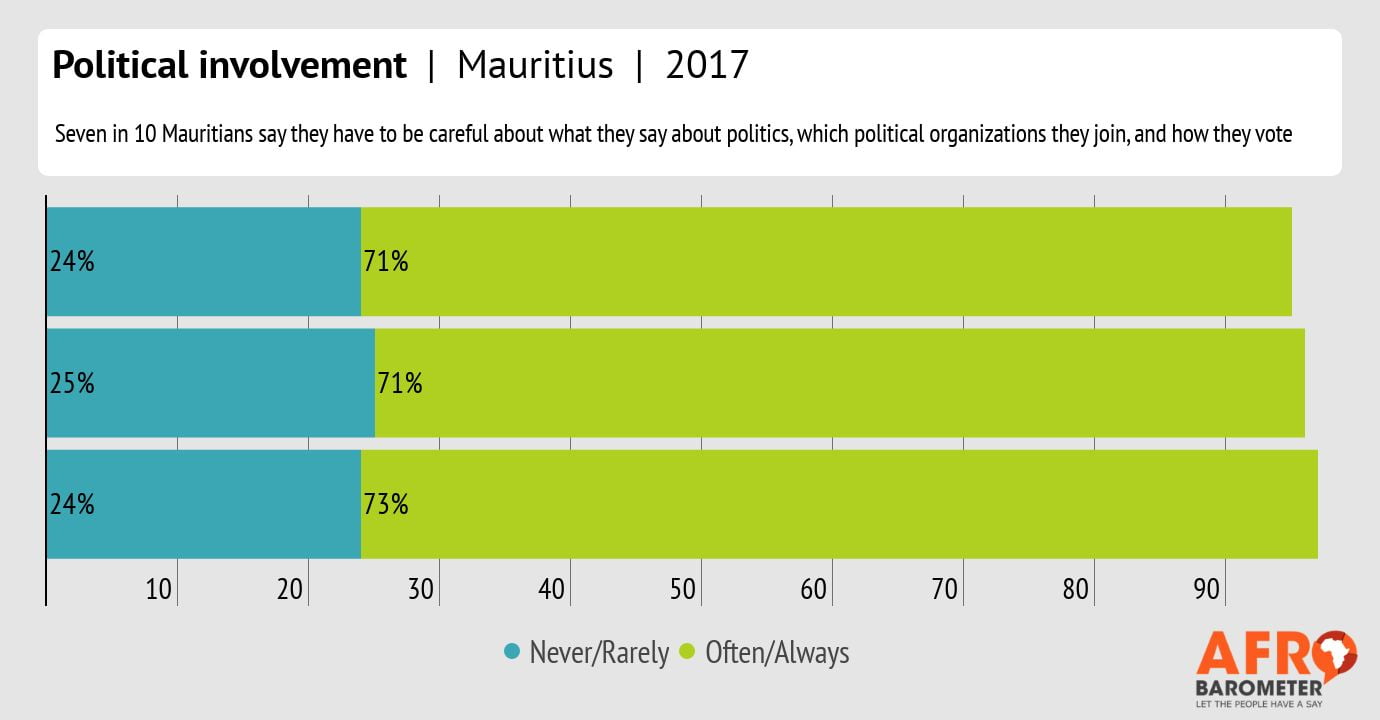