Despite widespread dissatisfaction with the government’s performance, Guineans strongly prefer democracy to any alternative form of governance, the most recent Afrobarometer survey shows.

Barely a year after claiming a third term in office amidst widespread opposition, President Alpha Condé has been detained since a coup d’état last Sunday. Coup leader Lt. Col. Mamady Doumbouya has cited pervasive poverty and corruption as reasons for the takeover.

Afrobarometer findings from late 2019 show majorities of Guineans believe that the country is heading in the wrong direction, that the level of corruption has increased, and that the government is doing a poor job of fighting corruption. Dissatisfaction with the country’s economic conditions and citizens’ personal living conditions has increased, as have negative ratings of the government’s economic performance and provision of essential public services. Only three in 10 citizens are satisfied with the way their democracy is working.

But the study also shows that most Guineans endorse elections as the best way to choose leaders and that citizens’ preference for democracy has remained consistently high over the years. 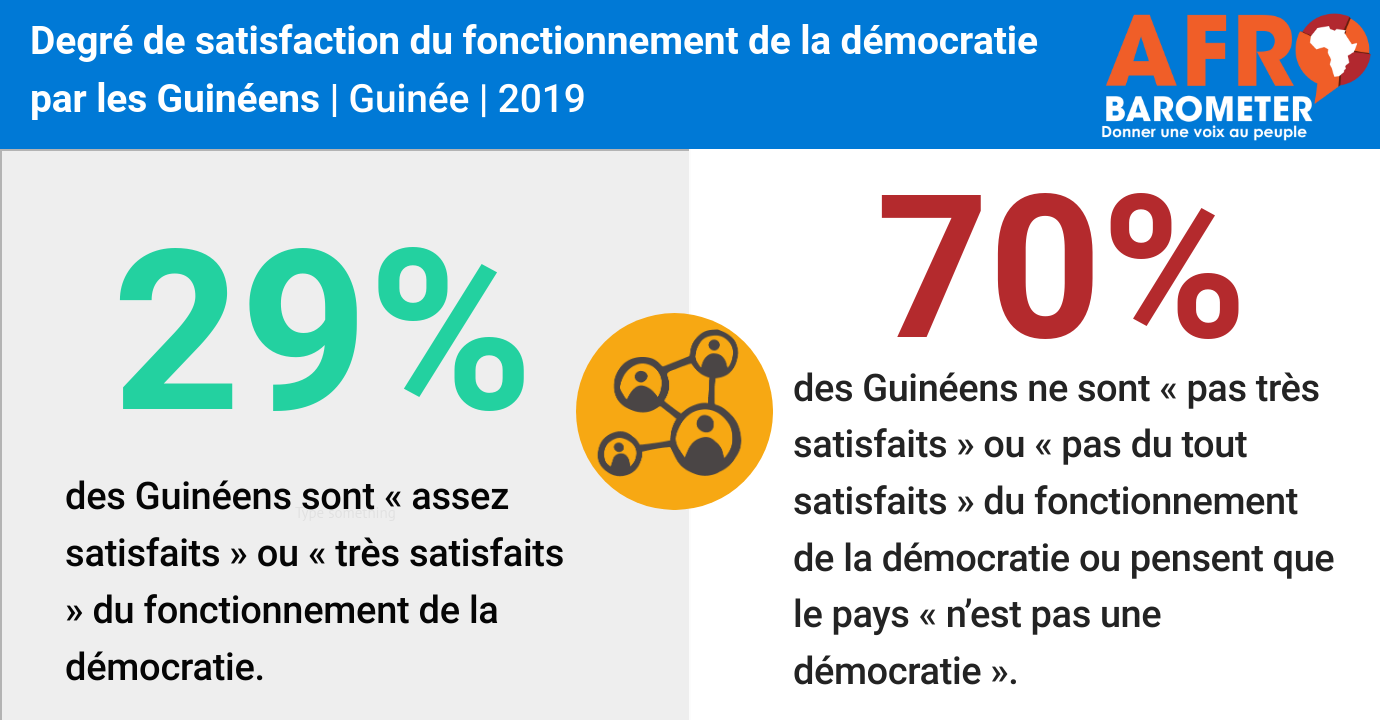