Trust: Sierra Leoneans express lower levels of trust in the president, local government councilors, the National Revenue Authority, the ruling party, and the army than they did in 2012. The proportion who say they trust the president “somewhat” or “a lot” declined from 70% to 52%.

Corruption: Seven of ten Sierra Leoneans (70%) say that corruption increased over the previous year, and only one-third of respondents think citizens can make a difference in the fight against corruption. 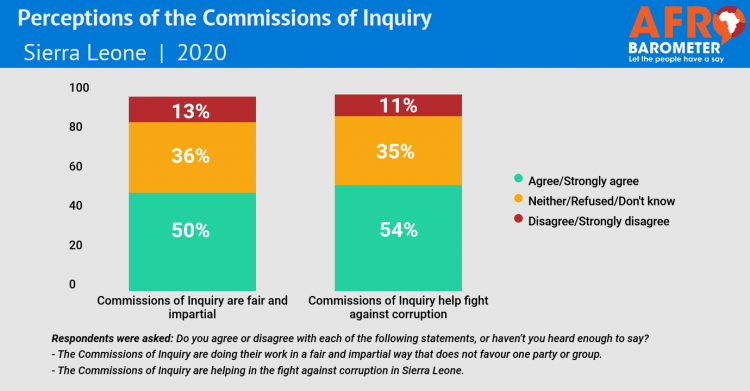