The Afrobarometer is an independent, non-partisan research instrument that measures the social, political and economic atmosphere in 18 African countries including Zimbabwe. Face-to-face interviews were conducted in the three official languages: Shona, Ndebele and English. The target sample size was 1200 respondents that were divided into two: a random (main sample) or 1096 respondents and a purposeful or sub-sample of 104 respondents of Operation Murambatsvina/Restore Order victims.

The random sample was selected in four stages: the primary sampling units (PSUs), starting points, households, and individual respondents. Because each stage was conducted randomly, the main sample represents a cross-section of the adult population of Zimbabwe aged 18 years and older. The framework for the sample was Zimbabwe’s official 2002 national census data. For primary sampling units, a total of 150 census enumeration areas were randomly selected with probability proportionate to population size. Of the 150 PSUs, 137 were for the main sample and 13 for the sub-sample in three cities: Harare, Bulawayo and Mutare. The 137 PSUs were stratified by province and by residential location (urban or rural). To ensure an equal representation of respondents by gender, interviews were alternated between male and female respondents.

Due to fieldwork-related disruptions, the full sample of 1200 was not achieved but a total of 1112 interviews were successfully completed. These were broken down into 1048 for the main sample and 64 for the sub-sample and the latter excluded any Harare interviews as these could not proceed due to the disturbances.

Field work for this survey was conducted by the Mass Public Opinion Institute
(MPOI), an independent, non-governmental research organization based in Harare, Zimbabwe. The survey was done between 09 and 25 October 2005. 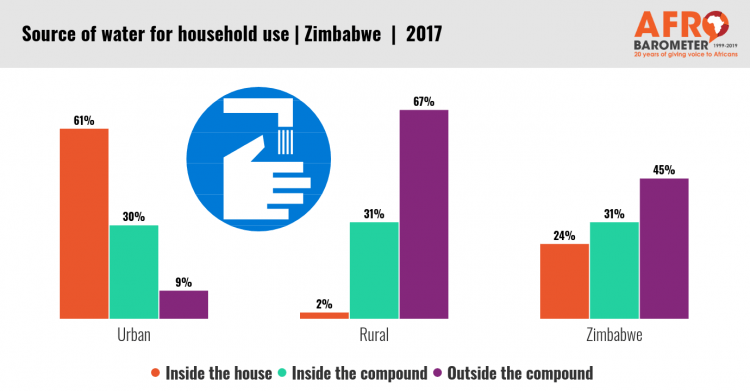 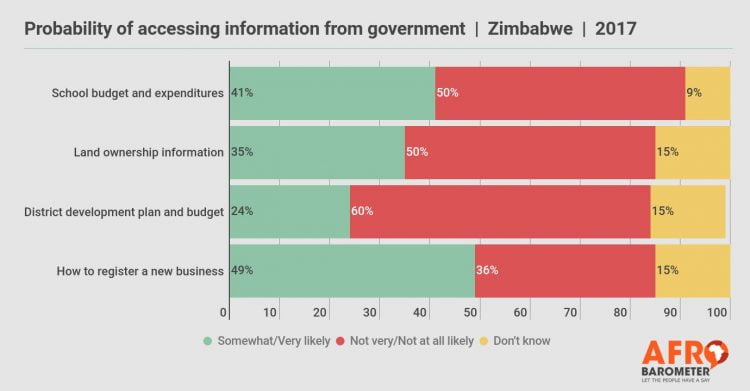