This briefing paper discusses Zambian citizens’ perceptions of the country’s economic performance, as well as the government’s management of the economy. The discussion is set in the context of official and aggregate figures on the country’s economic performance. The main finding is that though the economy has been growing since 2000, the majority of Zambians have not been perceiving changes in the performance of the economy for most of this period, except in 2013. Economic growth has not translated into a more positive view of Zambia’s economic conditions until recently, and this recent increase in positive assessments of economic conditions has been accompanied by an increasingly positive assessment of the government’s handling of the economy.

Working paper
WP17: Challenges to democratic consolidation of democracy in Zambia: Public attitudes to democracy and the economy
3 Jan 2002 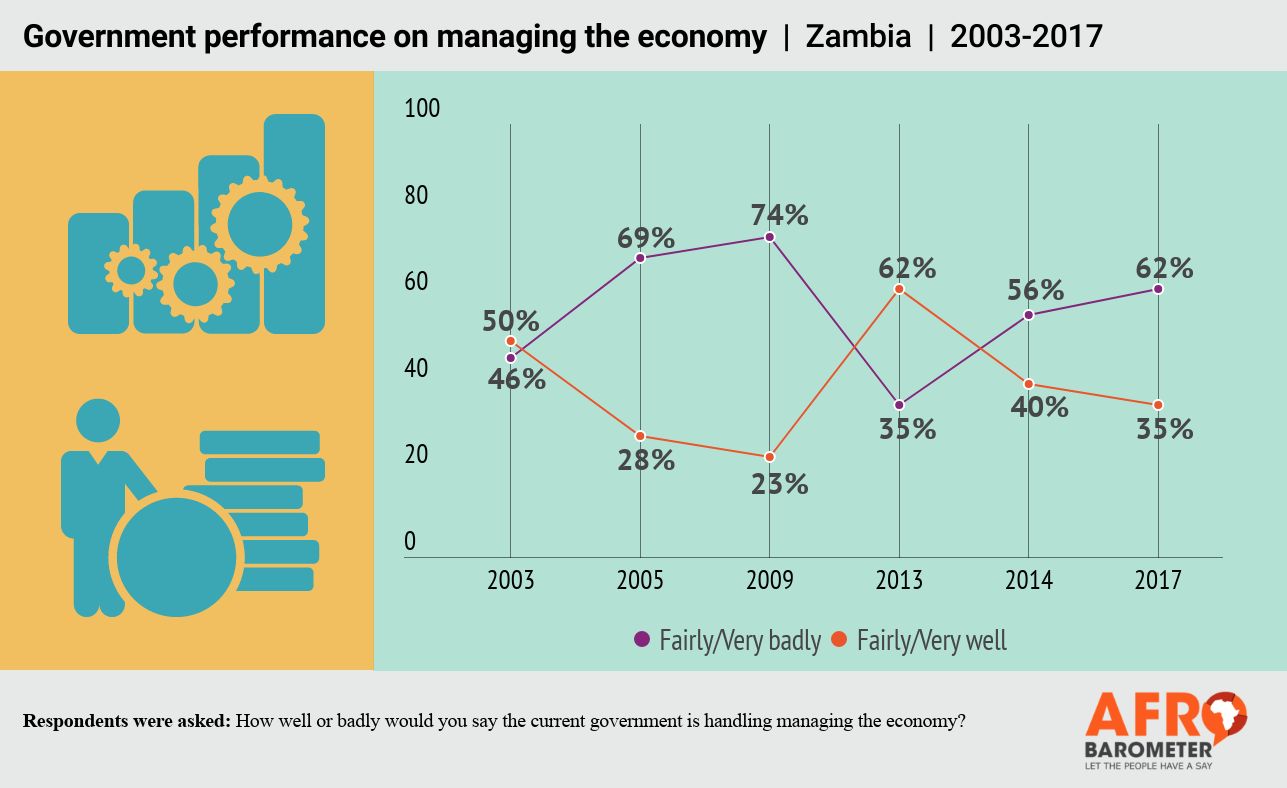