Between 2003 and 2005, satisfaction with “the way democracy works in Kenya” dropped a full 26 percentage points, plummeting from 79 percent in 2003, to just 53 percent by 2005. This does not appear to bode well for democracy in Kenya. But there are numerous practical and analytical questions about what “satisfaction with democracy” really means, what it measures, and whether it matters. Some analysts have argued that the very concept and meaning of satisfaction with democracy is ambiguous, and that the measure should be abandoned. Others regard it as a useful summary indicator of support for a regime.

To answer some of these questions, we analyze links between declines in satisfaction with democracy and indicators of system support, system function, and incumbent performance. We find that satisfaction with democracy is actually a very useful indicator, revealing important things about what Kenyans expect democracy to do for them and their society. Arguing that we should abandon this indicator in part because it is linked to people’s varying hopes and values concerning their political system therefore overlooks one of its key strengths. In particular, it helps to show which of the many “promises” of democracy Kenyans are most interested in seeing fulfilled. Among other things, we find that having “the right institutions” matters to Kenyans, but they want outputs even more, both political ones as well as more instrumental or material ones. And the democratic output that is most on Kenyans’ minds is equality, both political and economic. More than anything else, Kenyans hope that democracy will bring about a more equitable distribution of opportunity and resources in their society. Growing dissatisfaction with the current constitution and disappointment in the government’s handling of the reform process also played a key role in declining satisfaction.

Thomas Wolf is an independent consultant based in Nairobi, Kenya. 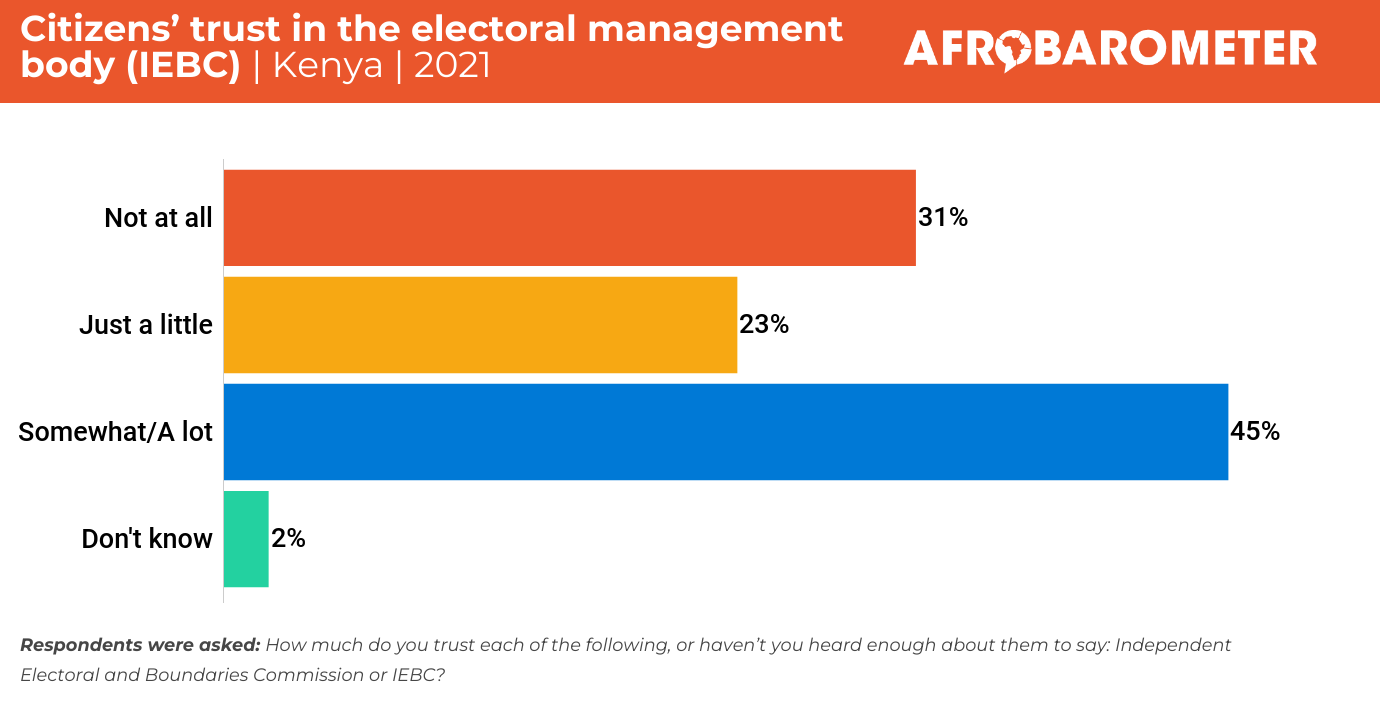