This paper uses both aggregate and individual level data to examine whether there is evidence for either of these two effects in African countries. I find strong indications of a causal link running from democracy to greater primary education provision. This is observable at the aggregate level, when considering attendance rates, as well as at the micro level, where there is a clear correlation between individual evaluations of African presidential performance and regional variations in growth rates for primary school attendance. In contrast, there is less indication that primary education causes democracy by generating sizeable shifts in “democratic attitudes”. While individuals with a primary education on average are more likely to support democracy, the substantive magnitude of this effect appears to be small. Based on this evidence, differences in education levels between African countries appear to explain relatively little of the cross-country variation we observe in support for democracy as a form of government.

David Stasavage is a researcher in International Relations at the London School of Economics. 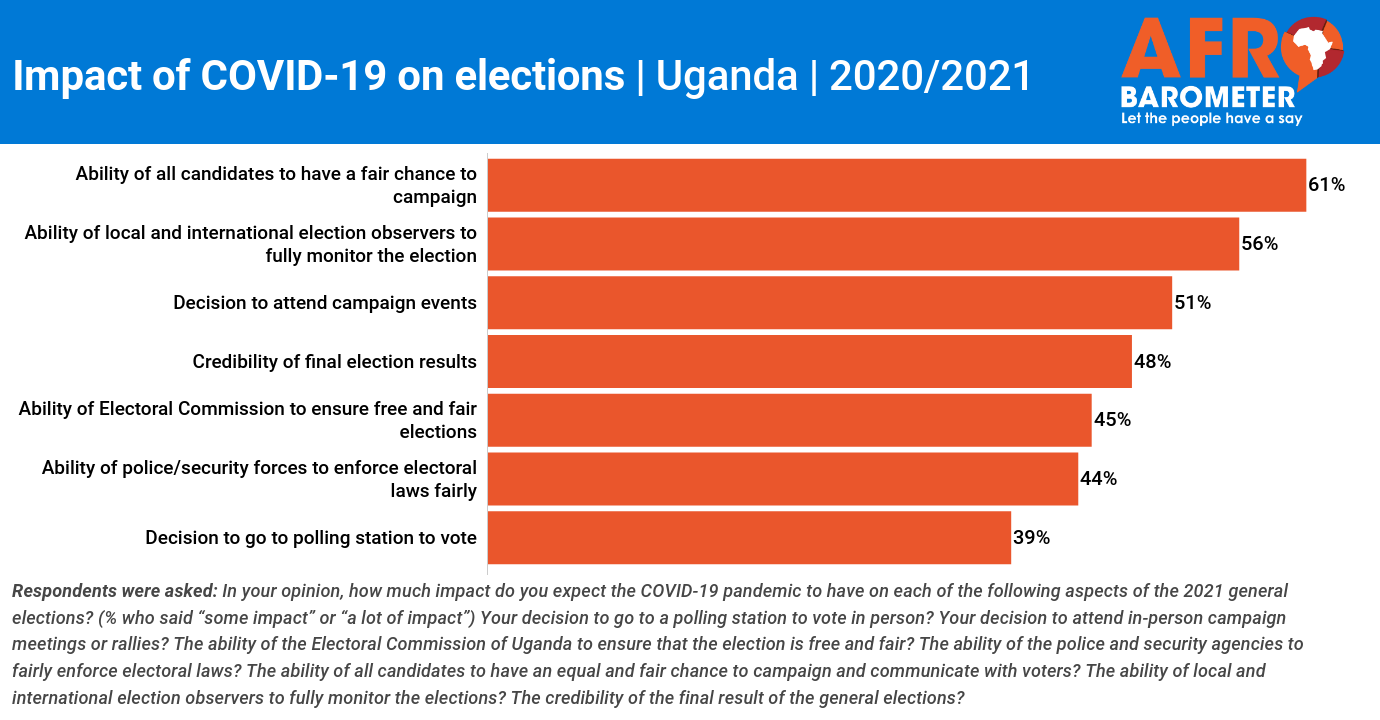 News release
Ugandans see COVID-19 impacts on the election – and election impacts on the pandemic
12 Jan 2021
Working paper
WP65: Are you being served? Popular satisfaction with health and education services in Africa
1 Jan 2007
Working paper
WP75: Testing mechanisms of influence: Education and support for democracy in sub-Saharan Africa
2 Nov 2007