Based on a national sample survey conducted in Namibia as part of Afrobarometer Round 2, this report finds that, even though democracy is yet to become consolidated at the attitudinal level, Namibia appears to be a “democracy without democrats.” Among the key findings supporting this proposition are the following:

Tania Wiese is with the Institute for Public Policy Research (IPPR), Windhoek, Namibia.

Working paper
WP182: Is there an anti-politics of electricity? Access to the grid and reduced political participation in Africa
14 May 2019
Briefing paper
BP88: Namibia political party prospects leading to the 2009 elections
6 Aug 2010 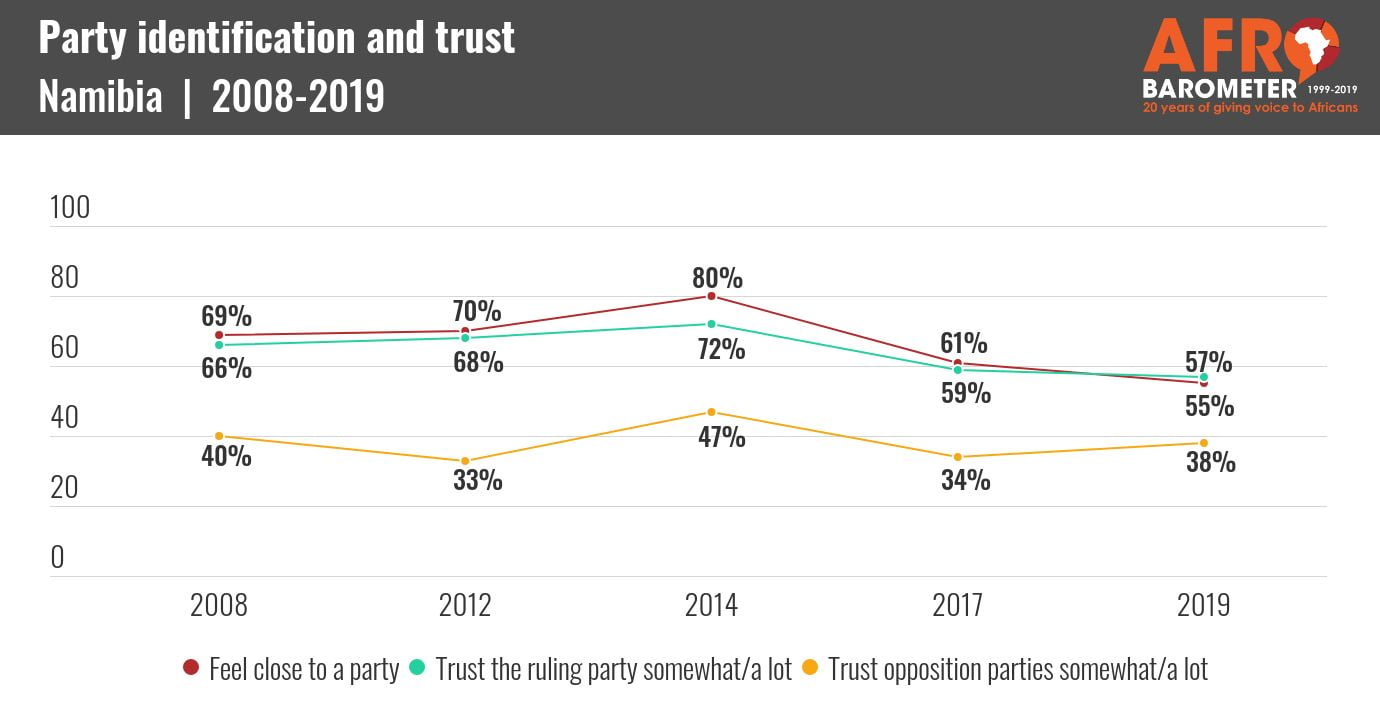 Dispatch
AD330: Party identification and trust are declining, but Namibians have not lost faith in voting
26 Nov 2019