This paper identifies indirect colonial rule as an important determinant of whether ethnicity becomes politically salient in the post-colonial context. We first demonstrate the existence of a cross-national relationship between indirect colonial rule and the salience of ethnicity in sub-Saharan Africa. We then identify the effect of indirect colonial rule through a within-country natural experiment in Namibia. Northern Namibia was indirectly ruled by German and later South African authorities, whereas southern Namibia experienced direct rule. Whether a locality in the border zone was directly or indirectly ruled was shaped by the spatial extent of direct German colonial rule at the time of an 1897 rinderpest epidemic. Exploiting this plausibly exogenous assignment to treatment in the border zone, we show that in indirectly ruled areas, today’s party system is more ethnically divided, ethnic parties do substantially better than non-ethnic parties at securing electoral support, and individuals are more likely to identify with their ethnic group than in directly ruled areas. We explore potential causal mechanisms and find evidence for the importance of the legacy of institutionalized ethnic divisions in indirectly ruled areas of Namibia.

Lachlan McNamee is a Ph.D. candidate in the Department of Political Science at Stanford University. 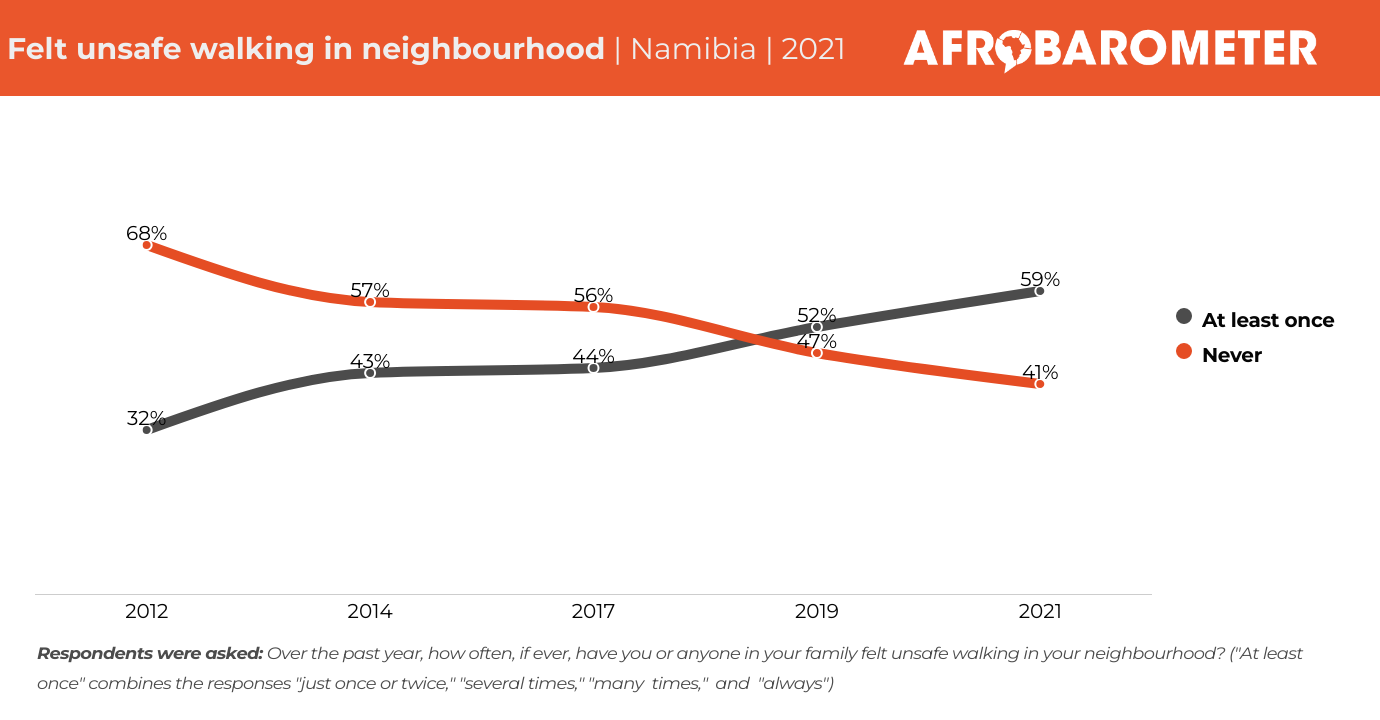 News release
Majority of Namibians say the country is a safe place to live, but levels of fear are on the rise, Afrobarometer study shows
11 Apr 2022