Benin has had one of the fastest-growing economies in sub-Saharan Africa in recent years (Adegoke, 2019), with per-capita gross domestic product (GDP) growth averaging 3.6% between 2017 and 2019 (World Bank, 2020). But the most recent household survey led by the Institut National de la Statistique et de l’Analyse Economique (2018) estimated that 38.5% of citizens still live in poverty. Are GDP gains translating into better lives for ordinary Beninese?

According to Afrobarometer survey findings, “lived poverty” – the experience of going without basic life necessities – has worsened significantly over the past decade in Benin. More than three out of four Beninese face moderate or high levels of lived poverty.

Many of these citizens continue to have limited access to the electricity grid, water and sanitation services, and other essential development infrastructure. Most importantly, our analysis shows they often lack the education and employment needed to break the poverty cycle. 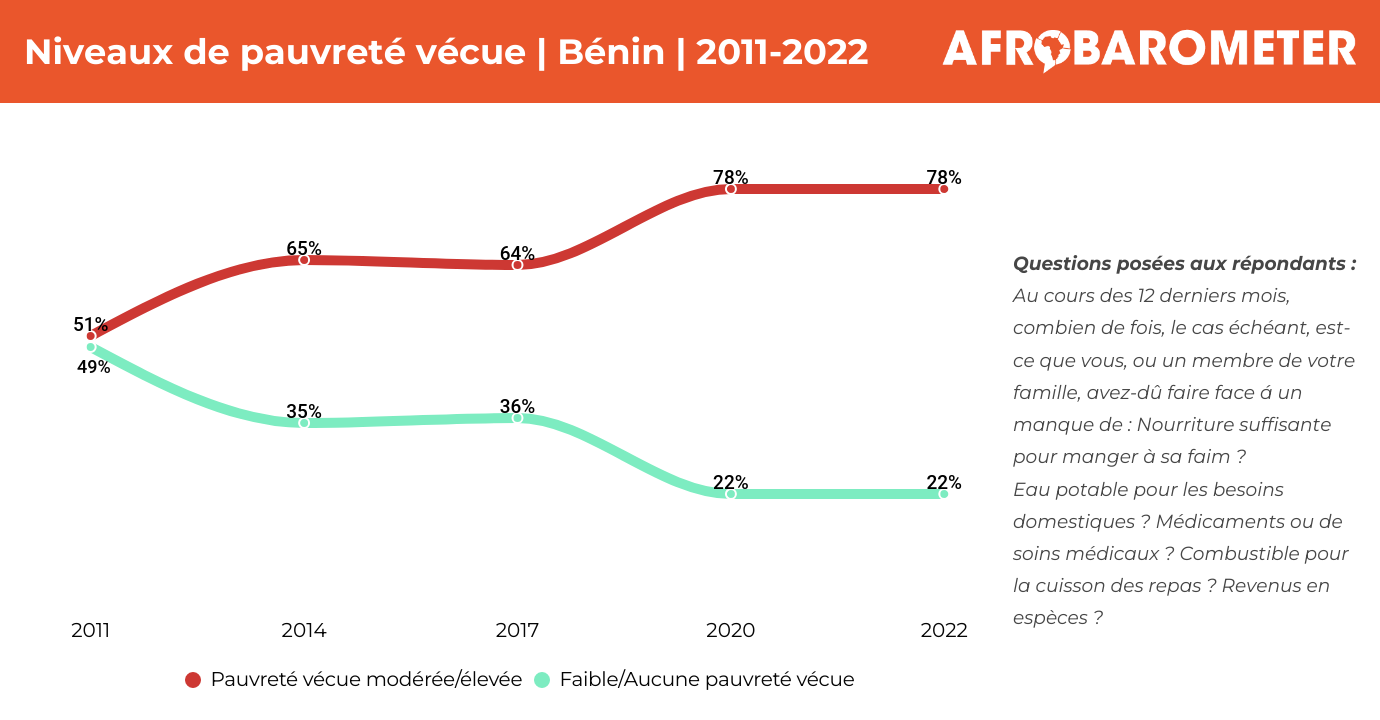 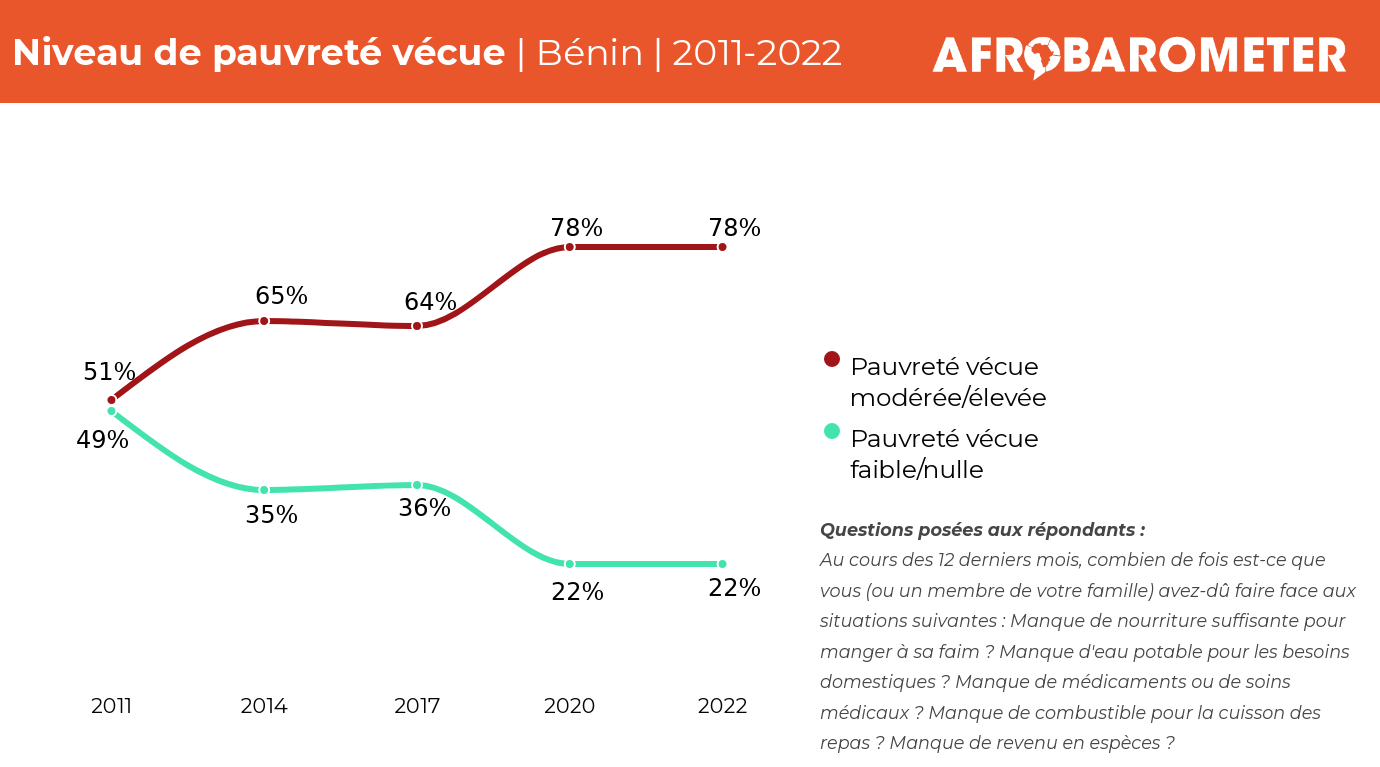