Although Election Day, 14 January, was relatively peaceful, more than 17.5 million Ugandans experienced a multiday Internet blackout, making social media platforms and news websites inaccessible at a time when they were in high demand (BBC, 2021; Moffat & Bennett, 2021). Election observers from the East African Community (EAC) noted malfunctioning biometric voter-verification machines and delays in the delivery of voting materials, among other issues, but joined domestic observers from the Citizens’ Coalition for Electoral Democracy in Uganda in labeling the election largely free and fair.

The Electoral Commission (EC) ultimately declared Museveni the winner with 58% of the vote – a comfortable lead over Bobi Wine (35%) and his fellow challengers (Moffat & Bennett, 2021; Yiga, 2021).

Wine initially filed a court challenge in which he complained of soldiers stuffing ballot boxes, casting ballots for people, and chasing voters away from polling stations, but he later withdrew the case (Muhumuza, 2021). Court challenges after elections are commonplace in Uganda; since the country’s adoption of the fourth constitution in 1995, the outcome of every presidential race except the 2011 poll has been contested in court. Yet the courts have never overturned the results, even when they have acknowledged irregularities (Atuhaire, 2021).

Beyond Museveni’s victory, what are the implications of the 2021 election for a country that returned to multiparty competition just 15 years ago? Should Ugandans be enthusiastic about a strong opposition showing as a sign of a healthy democracy at work, or will the prospect of enduring National Resistance Movement rule lead to disillusionment with democracy and the institutions that are meant to safeguard it – the EC and the courts?

This policy paper aims to place the events of the 2021 election in perspective by examining public opinion data from Uganda over the past two decades. Despite a decade-long slide in Ugandans’ satisfaction with democracy, this analysis supports previous findings that more and more citizens have become “committed democrats” and view multiparty elections as tools for holding non-performing leaders accountable (Isbell & Kibirige, 2017; Kakumba, 2020; Kibirige, 2018).

However, this investigation also points to decreasing trust in institutions that are meant to enforce the most basic of democratic processes – free and fair elections. Importantly, this negative trend cuts across the partisan divide.

The analysis also shows that EC performance – both in executing its technical tasks and in refereeing fairly between competing parties – plays a crucial role in citizens’ evaluations of election quality. While public debate about reforming the EC is not new (Kibirige, 2016), the events of the 2021 election may provide impetus for intensifying efforts to increase transparency and improve communication on the part of the commission in order to enhance citizens’ satisfaction with the electoral process. 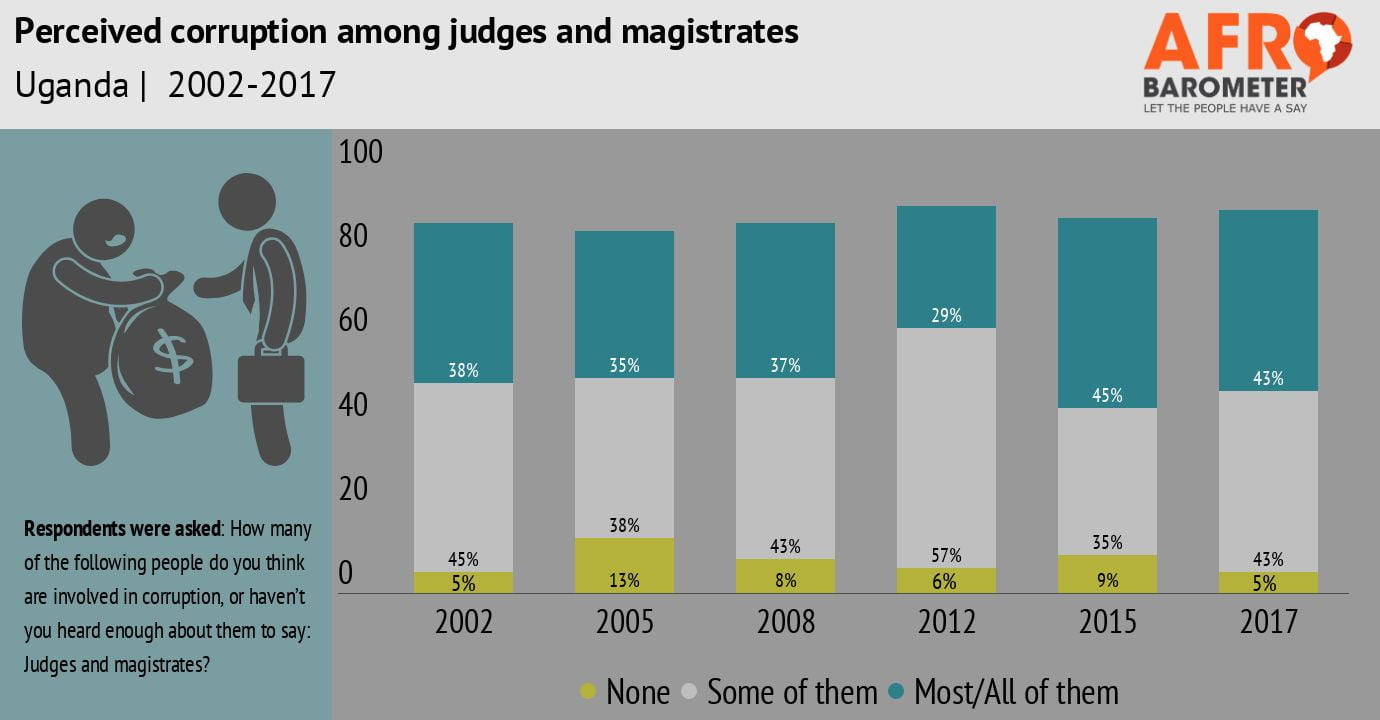