The Sahel is one of Africa’s most fragile regions and suffers from multiple longstanding and overlapping challenges, including entrenched poverty, underdevelopment, climate risks, and food insecurity. These chronic vulnerabilities have been exacerbated in recent years by the spread of a byzantine network of extremist and armed groups that have instrumentalized simmering local grievances and inter-community tensions to spread across the region’s porous borders.

The fall of the Libyan regime in 2011 and the 2012 Tuareg rebellion in northern Mali were the genesis of ongoing instability in the region. Over the past decade, extremist and armed groups have continued to both entrench themselves in northern Mali and expand their operational footprint into Burkina Faso and Niger.2 Collectively, these three countries now constitute the core of the Sahel crisis (Cooke, Sanderson, Johnson, & Hubner, 2016).

A variety of bilateral and multilateral military operations in Mali and across the wider Sahel region have been unsuccessful in stemming the violence, and since 2015, the number of terrorist attacks in Burkina Faso, Mali, and Niger has risen year on year (ACLED, 2019).

The deteriorating security situation in Burkina Faso, Mali, and Niger has generated increasing concern among bordering West African states about the possibility of further regional spillover of conflict into their respective territories (United Nations, 2020a).

This paper looks at the impact that violent extremist activity has had on citizens in the Sahel epicenter countries of Burkina Faso, Mali, and Niger as well as the periphery countries of Benin, Côte d’Ivoire, Ghana, Guinea, Senegal, the Gambia, and Togo. Using Afrobarometer Round 7 survey data collected in 34 African countries between late 2016 and late 2018, it examines citizens’ perceptions of how governments are handling the violence and looks at potential vulnerability factors that may expose West African states to the spread of violent extremist activity, including governance performance, trust in institutions, civil liberties, and ethnic and religious tensions or marginalization.

The security situation across the Sahel region is highly fluid. Burkina Faso, for example, has seen a rapid deterioration in security since fieldwork for the Round 7 survey was conducted, which would not be captured in the data presented below. However, the findings do provide an important snapshot of public opinion on a range of issues relevant to building more effective counter-terrorism policy. 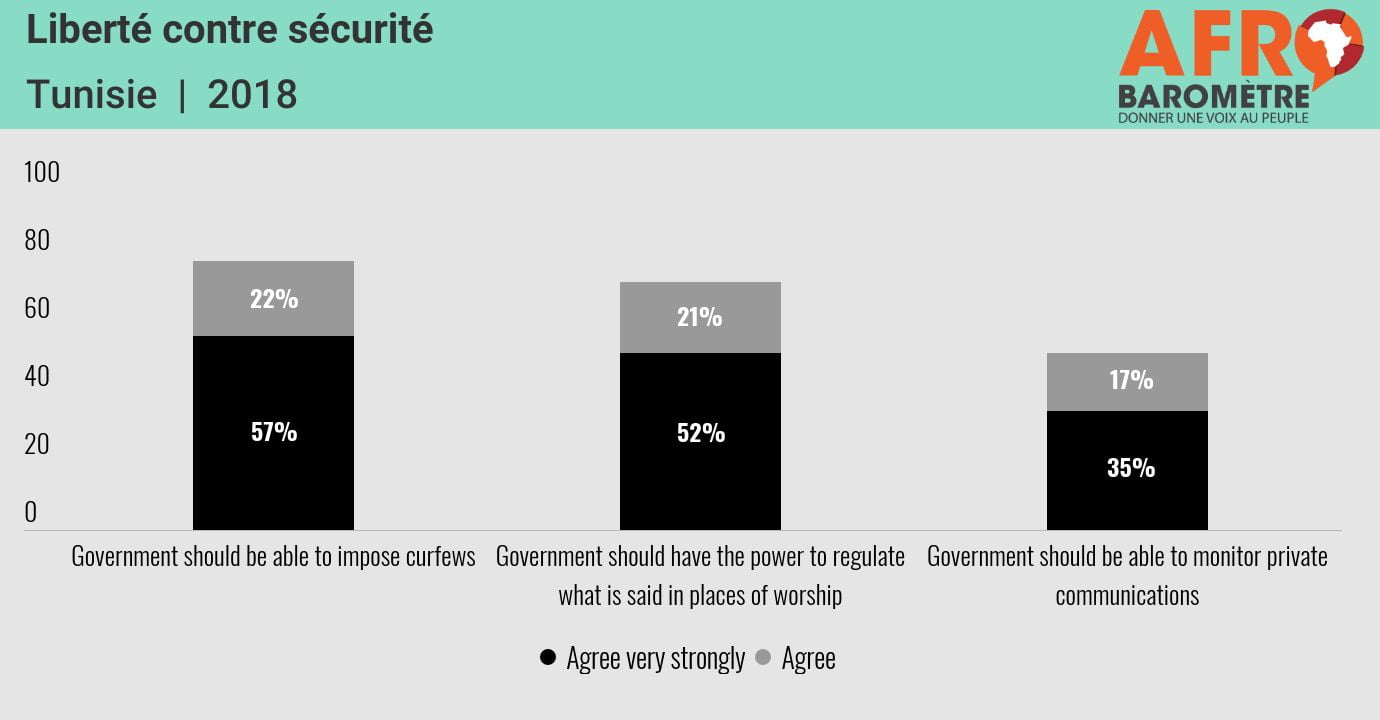