Though Africa has recorded high levels of economic growth over the past decade, previous Afrobarometer surveys of citizens found little evidence that this growth had reduced levels of poverty in any consistent way (Dulani, Mattes, & Logan, 2013). However, new data from Afrobarometer Round 6, collected across 35 African countries, suggest a very different picture. While “lived poverty” remains pervasive across much of the continent, especially in Central and West Africa, we now see evidence that the decade of economic growth seems to have finally delivered broad-based reductions in poverty.

“Lived poverty” (an index that measures the frequency with which people experience shortages of basic necessities) retreated across a broad range of countries. In the roughly three-year period between Round 5 (2011/2013) and Round 6 (2014/2015) surveys, our data suggest that “lived poverty” fell in 22 of 33 countries surveyed in both rounds.

However, these changes show no systematic relation to recent rates of economic growth. While growing economies are undoubtedly important, what appears to be more important in improving the lives of ordinary people is the extent to which national governments and their donor partners put in place the type of development infrastructure that enables people to build better lives. 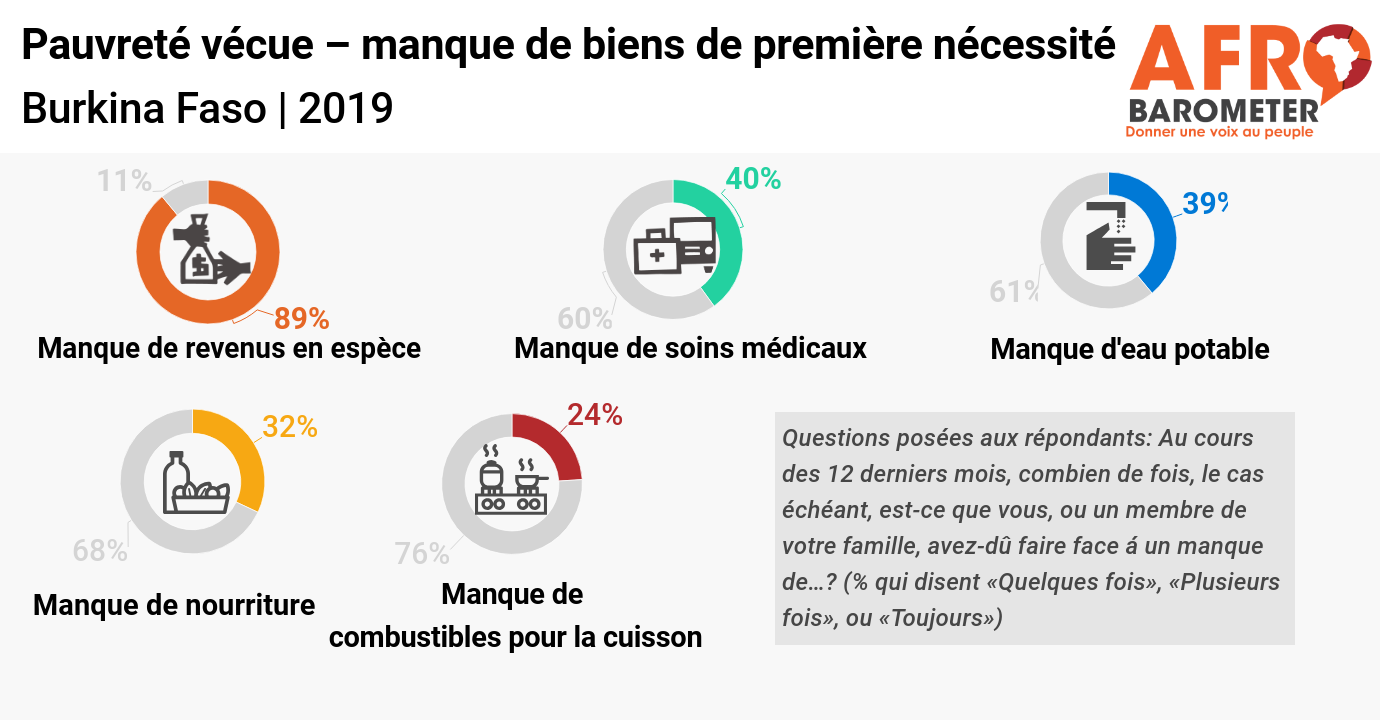