Since 2000, elections in Ghana have been lauded by observers both internally and externally as being “free and fair.” The losing political party, however, has consistently contested the election results. After the 2004 presidential election, three key opposition National Democratic Congress (NDC) members challenged the results announced by the Electoral Commission (EC), suing the EC to publish detailed data from the election. Similarly, at the end of the closely contested 2008 presidential election and the subsequent run-off, leading NDC members accused the EC of trying to manipulate results, and their frustrated supporters invaded the EC head office in Accra. When the NDC was eventually declared the winner, the incumbent New Patriotic Party (NPP) accused the NDC of rigging the election. Again in the aftermath of the 2012 presidential election, the opposition NPP accused the winner – John Dramani Mahama and the NDC – of rigging the election, boycotted the inauguration of the president, and asked the Supreme Court to overturn the official results declared by the EC.

Sharon Parku is the Monitoring and Evaluation Officer for Afrobarometer. She is based at the Center for Democratic Development in Ghana. 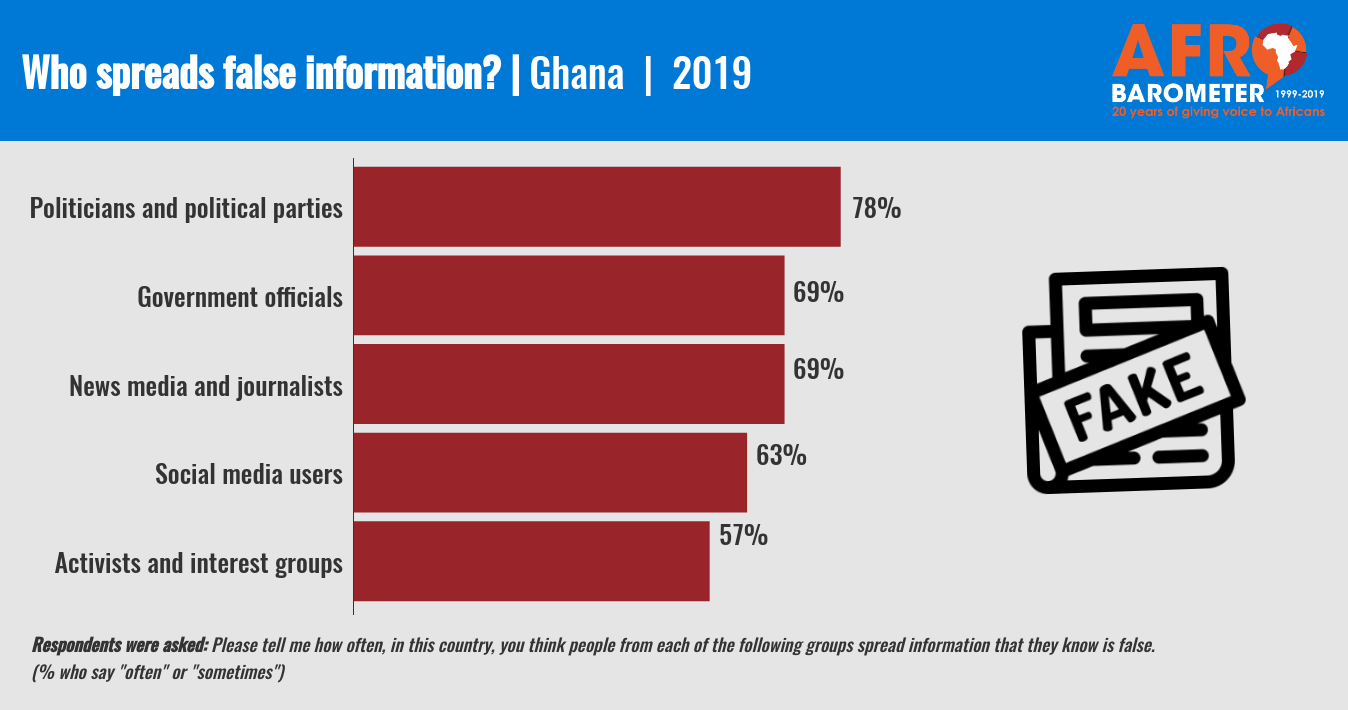