In the December 2012 Afrobarometer survey, Malians highlighted the primary causes of the serious sociopolitical crisis that their country was going through, as lack of patriotism on the part of the leaders and weakness of the State. At that time, most Malians had lost trust in the political class and in politicians. One year later (December 2013), however, a follow-up Afrobarometer survey revealed that foreign terrorists and corruption are rather the two primary causes of the Northern conflict and occupation. 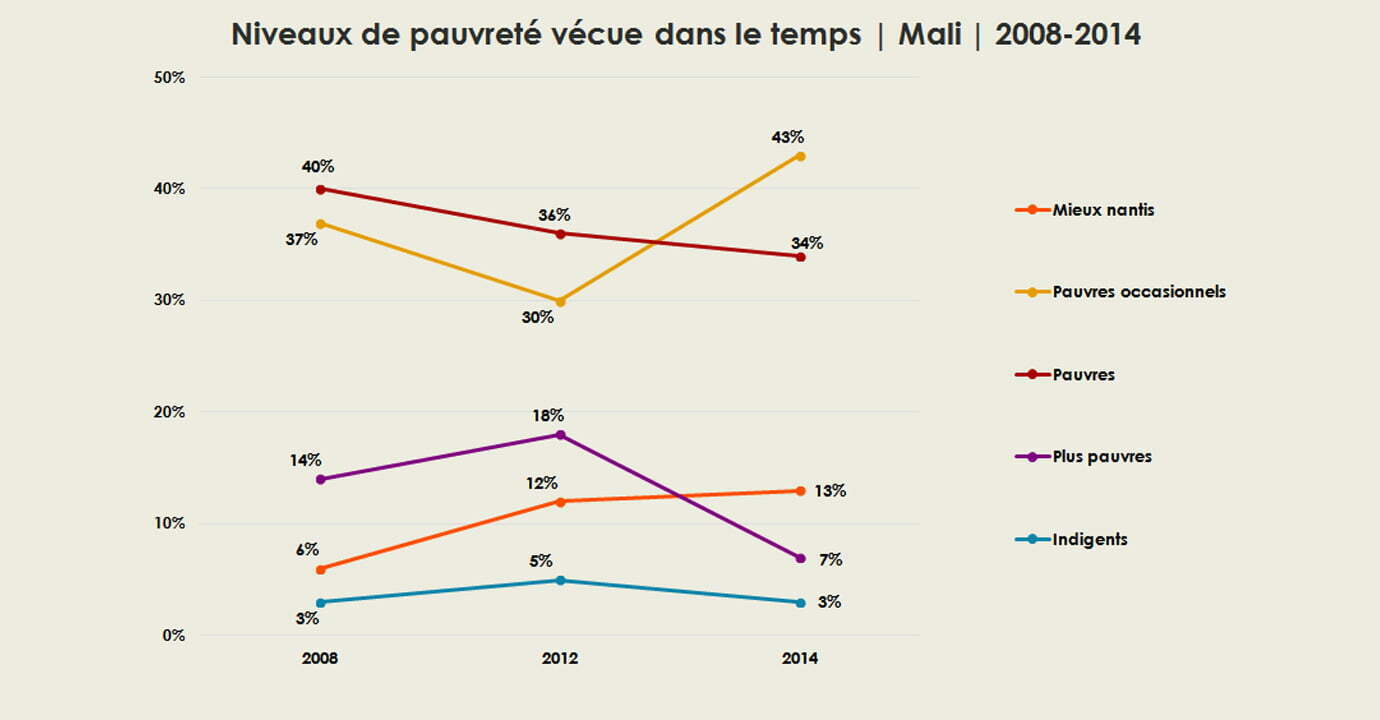