New data from Round 5 of the Afrobarometer, collected across an unprecedented 34 African countries between October 2011 and June 2013,  demonstrates that “lived poverty” remains pervasive across the continent. This data, based on the views and experiences of ordinary citizens, counters projections of declining poverty rates that have been derived from official GDP growth rates.  For the 16 countries where these questions have been asked over the past decade, we find little evidence for systematic reduction of lived poverty despite average GDP growth rates of 4.8% per year  over the same period.  While we do see reductions in five countries (Cape Verde, Ghana, Malawi, Zambia and Zimbabwe), we also find increases in lived poverty in five others (Botswana, Mali, Senegal, South Africa and Tanzania).  Overall, then, despite high reported growth rates, lived poverty at the grassroots remains little changed.  This suggests either that growth is occurring, but that its effects are not trickling down to the poorest citizens (in fact, income inequality may be worsening), or alternatively, that actual growth rates may not match up to those being reported.  The evidence also suggests, however, that investments in infrastructure and social services are strongly linked with lower levels of lived poverty. 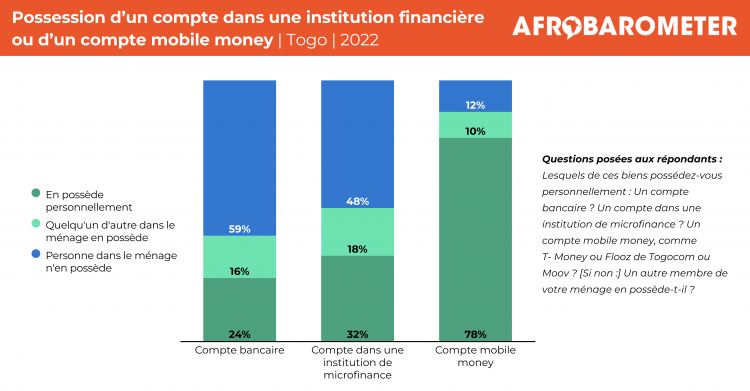 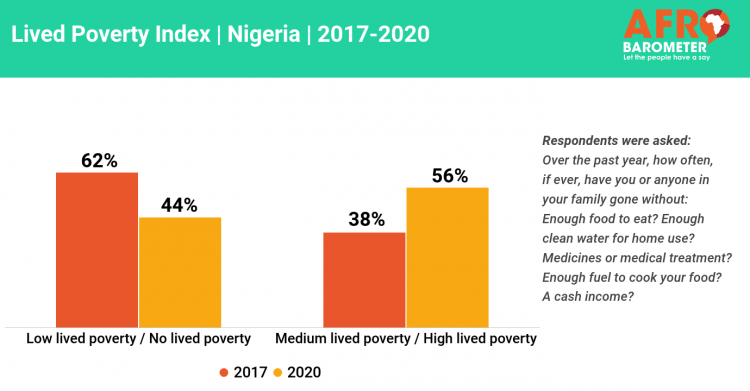