People across Africa rank health as the second most important national problem they believe that governments should address. Only unemployment outranks it as an issue among ordinary citizens, and only education outstrips it as a funding priority.

These are the findings of a survey, “Despite Gains, Barriers Keep Health Care High on Africa’s Priority List”, which was conducted across 36 African countries in 2014 and 2015. It is part of a series of public-attitude surveys about democracy, governance, economic conditions and related issues run by Afrobarometer, a pan-African, non-partisan research network.

As part of the survey, census enumeration areas were assessed. In these areas, the study considered issues like access to health care, government performance and other matters that needed government action. In looking into these issues, the rural-urban breakdown was also considered.

We tracked health care in several of these countries over the past decade and found that the proportion of Africans going without medicine or medical care decreased from 58% in 2005/2006 to 48% in 2014/2015. Despite this decrease, citizens still perceived some challenges standing between themselves and universal health care. In many areas, these included:

Field teams made on-the-ground observations of services and facilities in each census enumeration area they visited. They looked at whether the health centres were in the area or within easy walking distance and how difficult it was to access services once individuals got in touch with a health-care worker.

Almost two-thirds of the clinics were accessible or within walking distance.

According to our survey, Zimbabwe experienced the largest improvement: fewer people were unable to access health care in the country than was the case in the 2004/2005 survey.

In about 2008 the Zimbabwean health sector was near collapse. Its infrastructure had deteriorated, investment was limited and health workers were poorly paid. There was a shortage of essential supplies and commodities.

But change came in the country when the Government of National Unity created the multi-donor Health Transition Fund to support the Ministry of Health and Child Care. In 2013, the right to health was also affirmed in the new constitution.

On the other end, Benin recorded the greatest deterioration. Benin’s public health-care system has historically been underfunded and ill-equipped to meet the population’s health-care needs.

In 2009, the government of Benin embarked on a series of policy initiatives to increase public access to health services, especially for pregnant women, children under five and the poor.

Though the take-up of health services increased sharply, by 2014 public approval of the government’s efforts had dropped sharply, reflecting dissatisfaction with what was actually rolled out in terms of new government policies.

Corruption also featured in the survey but did not have a major impact on health care. In evaluating whether anybody went without medical care, we also looked at whether some interviewees paid bribes to get the help they needed.

But only one of every seven people who accessed health services paid a bribe or gave a health-care worker a gift to obtain the needed service.

Corruption was most pronounced in conflict-ridden Liberia. More than half of the Liberians interviewed said they had to pay bribes. There is a critical health workforce shortage in the country, compounded by high attrition.

Corruption was also common in Morocco, Sudan, Egypt and Cameroon.

In contrast, corruption levels were low in 11 of the 36 countries, where fewer than one in 20 respondents said they paid bribes. Botswana and Mauritius set the example, with only one reported case of bribery for health-care services between them. In Mauritius, this may be linked to the government’s heavy investment to provide free health care.

Research has highlighted the differences in health care for urban and rural people. Our survey corroborated this.

We found that close to 75% of the urban zones had health clinics compared with only half of the rural zones. This made it harder and more expensive for rural residents to obtain care as it would include transport costs.

Urban dwellers were more likely than rural residents to say they found it difficult to get health-care services. This pattern was replicated in most of the countries, led by Mauritius, Zimbabwe and Burkina Faso.

The urban-rural gap was most pronounced in Morocco, Mali and Malawi, while there was an equal spread of clinics in the rural and urban areas of Sierra Leone and Cameroon.

Close to half of the citizens interviewed said their government was performing “fairly badly” or “very badly” in improving basic health services. In 18 countries tracked since 2005, negative evaluations increased by 13 percentage points over the past decade, from 33% in 2005/2006 to 46% in 2014/2015.

While Afrobarometer does not ask respondents to explain their ratings of government performance, it seems reasonable to consider whether negative performance ratings may be related to:

Going without care, encountering difficulties, and having to pay a bribe all appeared to be strongly linked to negative ratings of government performance on health care.

Our survey showed that citizens did not rate government’s performance based on whether or not there was a health clinic in the zone. And there appeared to be no strong link between presence of health facilities and the frequency with which individuals went without care or experienced difficulties in obtaining care.

Citizens’ perceptions suggest a number of barriers to health-care access and, ultimately, “health for all”.

Overall, citizen ratings of government efforts were fairly negative – significantly more negative than a decade ago.

The experiences and perceptions of health care varied widely by country. More specific data would be able to identify the most important difficulties patients encounter and factors that explain the negative public perceptions of government performance.

But citizens spoke clearly in saying that health care was one of their top priorities for government action.

Edem E. Selormey is a senior research fellow at the Ghana Center for Democratic<br /> Development (CDD-Ghana). 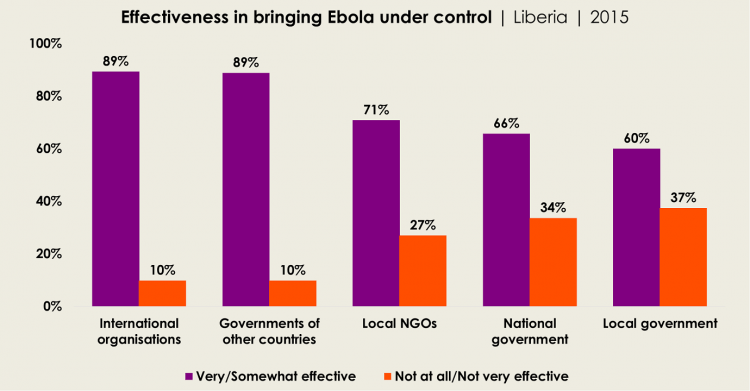 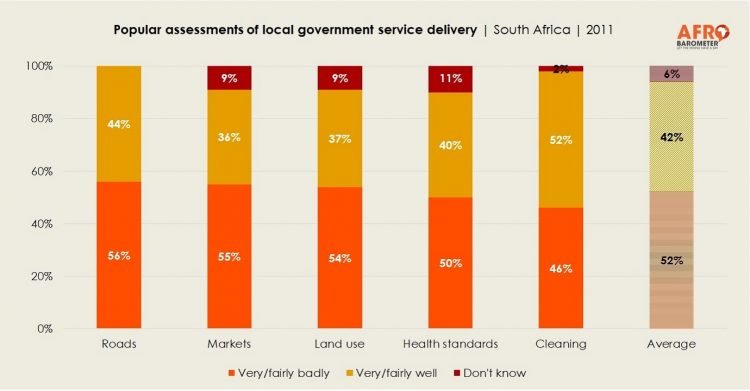