In 2008, Madagascans tended to hold a somewhat mixed and increasingly dim view of the state of their national economy. 28% of Madagascans thought their economy was in a poor state and 24% viewed it as healthy – 11 percentage points lower than in 2005. The remaining 48% had no definite opinion, indicating a degree of perplexity concerning the general state of the economy. An even greater cause for concern is Madagascans’ distinctly negative view of their personal living standards. Just 17% of Madagascans claimed they were satisfied with their current living standards, as opposed to 25% in 2005. Many Madagascans face shortages, and access to medicine and clean water has worsened since 2005. People in rural areas are the most severely affected by this trend.  This study provides an overview of the initial findings of the survey conducted in May 2008, which studied Madagascans’ attitudes towards the state of their national economy and government performance. Wherever possible, it compares the findings of the latest Afrobarometer survey with the results of the 2005 survey. 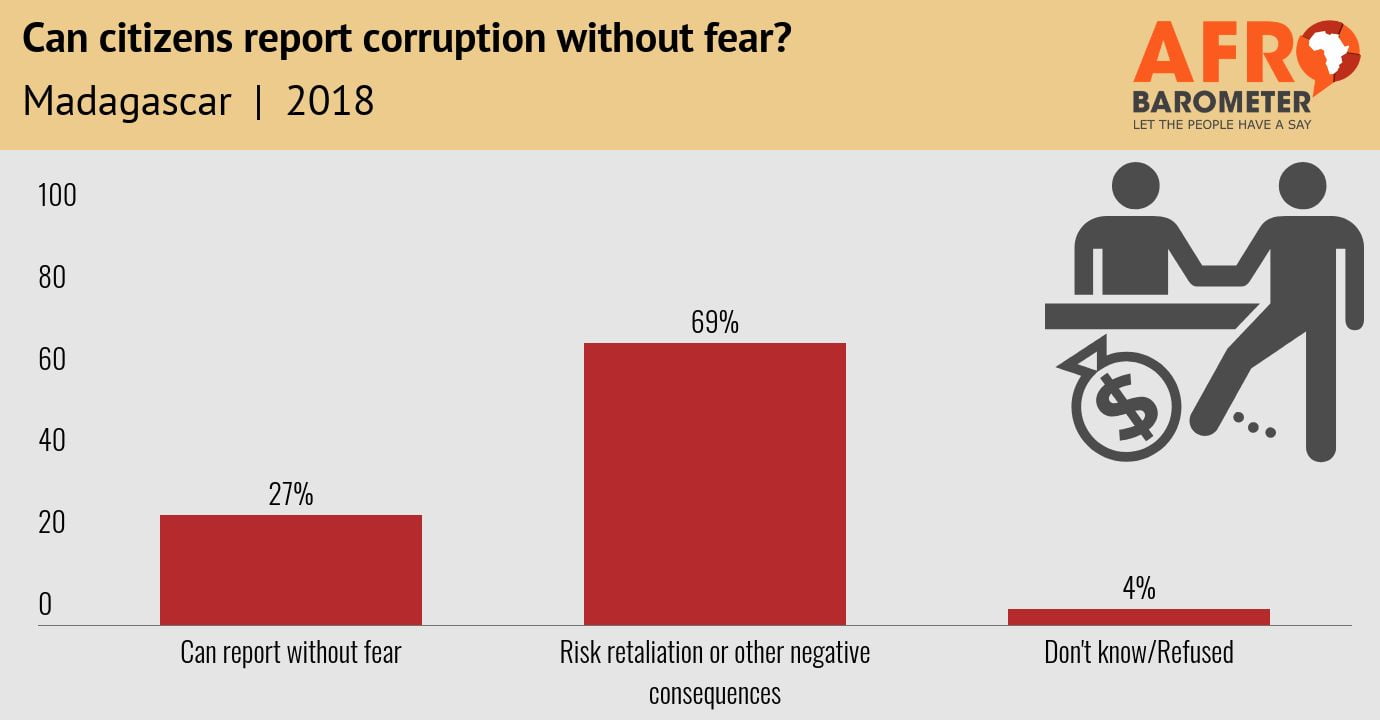