Madagascans view corruption as an endemic problem affecting the entire administrative and political life of their country. However, a number of indications point to improvements in this area since 2005. First of all, there are now fewer critics of the current situation than there were in 2005. Secondly, the real incidence of corruption (i.e. the number of individuals personally affected by corruption) has significantly declined. However, the proportion of undecided respondents has increased significantly, suggesting a degree of helplessness. An increasing number of Madagascans also claim they have no contact with their administrative services. This result is difficult to interpret: one possible explanation is that lack of contact may be the outcome of an improved efficiency of Madagascar’s public services. But it could also be explained as evidence of an increasingly difficult access to public services or as a decline of public trust. In any case, the incidence of corruption remains high: nearly one in ten Madagascans and over 15% of public service users report first-hand experience of corruption in trying to obtain an administrative document or permit. Additional efforts are therefore required in this area. 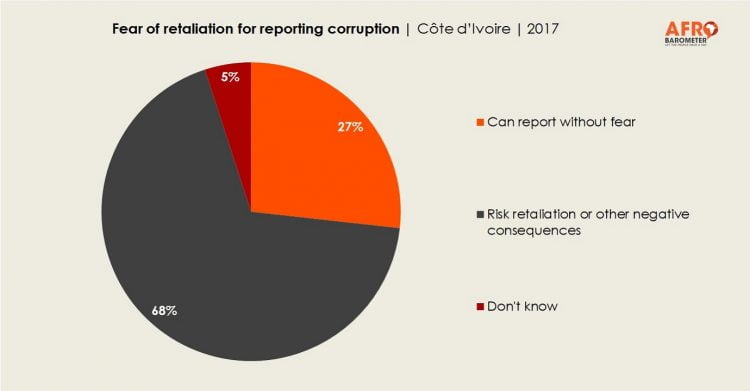