Members of parliament face a challenging set of tasks in fulfilling their core and sometimes conflicting functions within government and society. They are expected to provide a voice for the people, that is, they represent their constituents’ interests and views within the national government. Furthermore, they are expected to provide constituency services to improve lives and livelihoods within their constituencies. In addition, members of parliament (MPs) are also expected to legislate, drafting the laws of the land for presidential approval. And finally, MPs are expected to provide oversight of the executive branch of government (the President, the Cabinet and the government bureaucracy). But it is not uncommon in Africa that some MPs spend a disproportionate amount of their time on constituency services – which may be the most visible aspect of their work to constituents, and thus important in attracting votes – often at the expense of these other core functions. As a result, many African legislatures often remain weak and unable to challenge strong presidents or provide the necessary checks and balances on presidential power. This brief addresses the state of the Parliament in Tanzania. In particular, we ask how Tanzanians themselves prioritize the various responsibilities of an MP. And we explore how well their MPs are doing at fulfilling these diverse roles. This report draws on the findings of a recent Afrobarometer survey, conducted in June/July 2008, to evaluate what Tanzanians expect of their MPs, and what they are actually getting from them. In sum, we find that contrary to popular belief, Tanzanians prefer that their MPs focus their efforts on representation, and only to a lesser extent, constituency services, while demonstrating very little interest in the oversight function of Parliament. But popular views do not always seem to be consistent, and it may be that the public understanding of and attitudes about what MPs can and should be doing under a multiparty system are still evolving (during nearly three decades of one-party rule, MPs played a much more limited role, focused on monitoring implementation of the party manifesto). When it comes to MP performance, we find that while in general terms MPs get reasonably good performance ratings, when we delve into specifics, there appears to be some significant underlying dissatisfaction with MP performance. 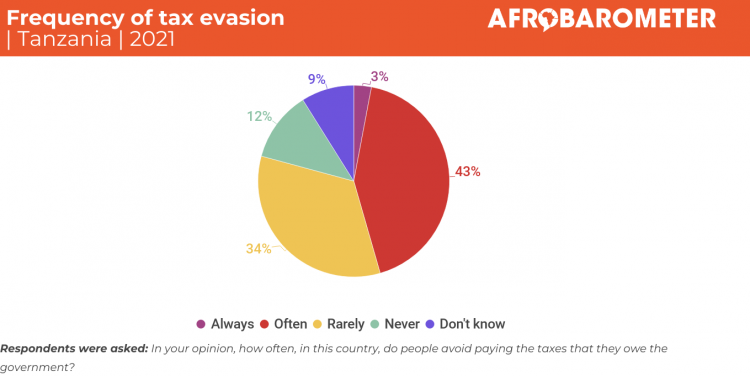