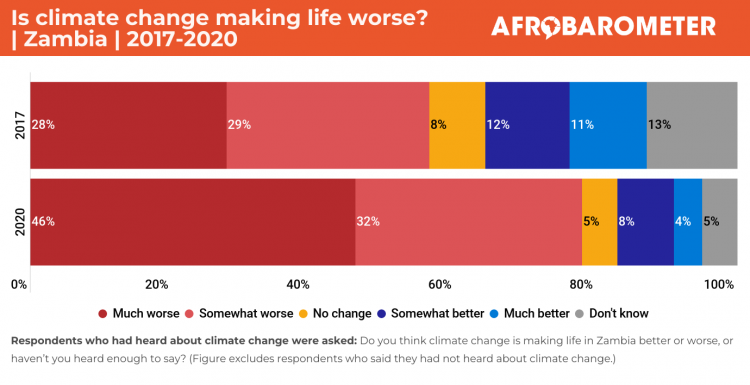 News release
Awareness of the negative impact of climate change on the rise in Zambia, Afrobarometer survey shows
18 May 2022